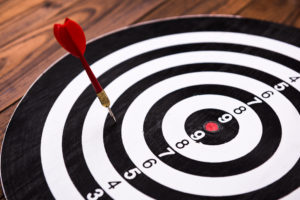 Record distributions from private equity funds and increased appetite for the asset class are leaving US public pension plans under-allocated to the strategy.

Public pension systems’ exposure to private equity was at 8.15 percent against an average target of 8.72 percent in the year to 31 March, according to eVestment’s latest Market Lens Asset Allocation Trends report.

Shortfalls in private equity exposure were partly due to pension plans increasing their allocations to the asset class. At the same time, record distributions from private funds have increased investors’ challenge of putting capital back to work in a competitive market, the study suggested.

In addition, smaller funds had bigger shortfalls, driven by differences in implementation timing or challenges in investment sourcing because of their size, the study said. However, public pension systems across the size spectrum increased their allocations to private equity this year, PEI data show.

The implied net flow from the underexposure into private equity could be as much as $19 billion – good news for private equity managers who should expect more money to come their way, the study noted.

“The sheer volume of money that may flow into these [private] asset classes will also impact hiring at these investment firms, the size of deals they are able to put together and more,” noted eVestment’s global head of research Peter Laurelli.