Fund managers selling a piece of themselves has been on the rise and has transitioned away from a minority activity to some of the most successful platforms in the industry today including Dyal Capital Partners and Goldman Sachs Asset Management’s Petershill unit.

“It’s the reflection of the fact that GPs are pretty good businesses and are attractive investment opportunities,” said Rede Partners co-founder Adam Turtle in a panel at the British Private Equity and Venture Capital Association Summit in London in October.

Yet limited partners are not too hot on this, according to PEI LP Perspectives Survey 2020.

Not all LPs are keen on GP stakes investments as limitations on transferring and changing of control, governance and questions around the management fee stream and GP commitment are potential issues.

“The basic principle that investors want to see is alignment with people running the business they are investing in. And where you have third-party ownership in a GP… what you don’t want is a third-party owner who has a lot of say in strategy, which essentially causes a lot of value leakage and even turnover in the investment team level,” Alexander Wolf, a principal at HarbourVest Partners, said in the same BVCA Summit panel.

Wolf added that LPs in general like to see a purer relationship between the people running the business and the ownership of the firm. “The devil will be in the detail in these transactions. And it’s still pretty early in the life of these deals,” he said.

Looking at fund manager relationships, LP Perspectives 2020 shows a decline year-on-year in LPs looking to increase their GP relationships, from 52.6 percent to 40.8 percent. Meanwhile, 38.7 percent plan to keep the number of relationships. A reason behind this is that LPs are increasing their own ticket sizes materially and doubling down on their strongest performers. Big public pensions in the US are clear examples of this.

LPs’ increasing appetite for co-investments is another factor. California Public Employees’ Retirement System’s new co-investment programme, which will invest alongside its core managers, will roll out as early as the end of this year, according to investment advisor, Steve Hartt of Meketa Investment Group. Thirty GPs, including KKR and Blackstone, comprise the pension giant’s core group of managers.

Similar to findings from the previous year, nearly 50 percent of LPs say they invest in first-time managers opportunistically and 8 percent say they have a defined allocation. The portion of investors that have no plans of backing first-time funds has increased nearly 7 percentage points compared to last year.

Launching a first-time fund is not for the faint-hearted, especially in a fiercely competitive environment. Track record and experience from an established manager does not always translate to a successful fundraise, Janet Brooks, managing partner of placement firm Monument Group told Private Equity International earlier this year. GPs also need to show a differentiated strategy and the ability to generate deal flow. To secure capital, first-time managers also need to be prepared to give up terms, co-investment rights and discretion, she noted.

More than 50 percent of LPs are confident their GPs have structured their deals well enough to withstand a market downturn, the survey finds. Thirty-two percent are neutral, and 14 percent are not confident enough. As the boom market comes to an end, GPs have increasingly zoomed into more operationally focused approaches in value creation, as well as doubled down on sectors and strategies that are defensible and find good targets in proven markets. However, wildcards like the US-China trade tension and geopolitical uncertainty across the globe are also affecting investor sentiment and views of the prospects for some portfolio companies.

When it comes to LPs’ selection criteria for GPs, track record forms the most important part of the due diligence process (93 percent), similar to last year’s findings. This is followed by team size and investment capacity (88 percent) and terms and fees (76 percent).

As Gila Cohen, managing director for real estate and private equity at MUFG, said at the Women in Private Equity Forum in London in November: “Diversity is a big word which means different things to different people. Investors look for the best managers, period.” 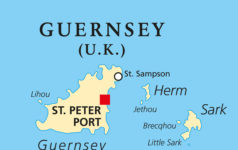