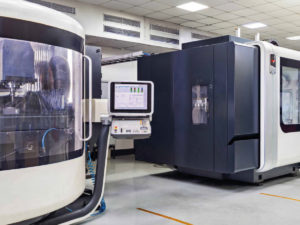 In 2018, Blackstone took a deep dive into the automotive industry when it acquired Comstar Automotive Technologies – a company known for creating the world’s lightest starter motor. It then went a step further by acquiring a majority stake in automotive drivetrain solutions specialist Sona in 2019. Following this, Blackstone merged the two companies to form Sona Comstar, creating a company specialising in electric vehicle automotive technology.

During its investment period, Blackstone created a five-year strategic plan focused on electrification, diversification of products, customers, and increased investments in technology and business development.

The merger enabled the two companies to combine their R&D, engineering and technological capabilities, with Blackstone creating a new technological product roadmap designed to transform the combined company into a fully fledged EV supplier, with a goal of building an integrated electric drive unit.

Blackstone introduced cost management initiatives to help Sona Comstar reduce costs without impacting operations – initiatives that have proved essential in helping the company navigate covid-19. In addition, Blackstone developed a business development programme for exports, which resulted in new orders amounting to more than 50 percent of revenue in 2019-21.

To strengthen the management team, Blackstone hired a new managing director and group CEO, as well as a new group CFO. The firm also appointed two directors to provide additional operational and sector expertise to the board and nominated its own head of Asia private equity and a managing director to represent Blackstone on Sona Comstar’s board.

In the second quarter of 2021, Sona Comstar achieved 226 percent year-on-year revenue growth, driven by the increasing contribution of EV revenue and global market share gains.
In June, Blackstone partially exited Sona Comstar through a $750 million IPO. It is understood to be the largest IPO by a PE-firm-controlled company in India and the largest IPO by an Indian industrial company.

As of 9 September, the company’s share price had appreciated 89 percent over the IPO price.