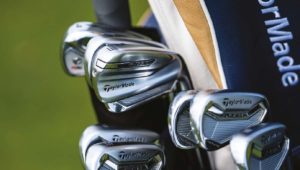 When KPS invested in the company, it was facing a number of challenges, including a declining end-market, cost structure issues and a history of operating losses.

KPS set its sights on maximising TaylorMade’s opportunities as a standalone brand, but first it had to complete a complex carve-out process. This included setting up a new enterprise resource planning system; establishing a sales and distribution infrastructure across 14 markets; consolidating multiple distribution centres into one US-based location; building an accounting, finance and treasury department; and eliminating all the business’s retail outlets in the US.

Following the separation, KPS worked with the management team to shift the company’s focus to cashflow and profitability. This involved streamlining distribution and supply chain systems, as well as placing greater scrutiny on inventory across its suppliers, assembly and distribution centres. It also reviewed the efficiency of TaylorMade’s marketing spend, increasing the impact of athlete sponsorships by reducing the overall number of sponsorship contracts in favour of placing a greater focus on athletes with a bigger influence on the company’s target customers.

Other value-add strategies deployed by KPS across its investment included pushing for further expansion in key geographies such as South Korea, Japan and Europe, and improving the range of golf products on offer.

The firm also invested in the development of a digital platform to capture value from e-commerce trends and established collaborations with sportswear retailers Peter Millar, Greyson and Zero Restriction. In addition, it helped TaylorMade secure a licensing and distribution agreement in South Korea.

Across the course of KPS’s investment, the enterprise value of TaylorMade increased four-fold, EBITDA improved from negative $80 million in 2016 to an estimated $192 million in 2021, while revenues doubled over the same period.