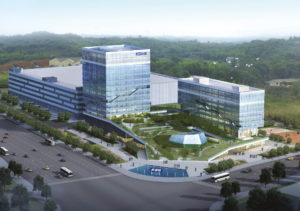 EQT set out to capture these opportunities through more than 40 synergistic add-on acquisitions of local and regional competitors. It also accelerated store openings and upgrades, with the total number of stores rising more than 40-fold between 2008 and EQT’s exit in 2019. As of 30 September 2019, LBX operated 3,756 self-owned stores and 1,052 sub-franchised stores across 22 provinces and three municipal cities in China.

The firm implemented a number of operational improvements, such as strengthening corporate governance and the management team. This included setting up audit, remuneration and strategy committees, establishing an experienced board of directors, and recruiting key c-suite hires to lead the company forward. An investment committee was also formed to optimise the add-on acquisition due diligence and approval process. EQT took steps to align management and directors with its aims for LBX and to support long-term talent retention and acquisition through the introduction of incentive programmes.

In addition, it tapped into the global EQT network to leverage expertise in the retail and healthcare industries, as well as visiting leading pharmacy groups outside of China to help drive business development.

LBX listed on the Shanghai Stock Exchange in 2015, raising approximately $177 million through its oversubscribed IPO. According to EQT, this was the first IPO in China with a foreign private equity fund as control or co-control shareholder. The fund retained a 35 percent stake in the business following its public listing. It fully exited in November 2019 when it sold its remaining equity interest of approximately 25 percent to Primavera and FountainVest at 235 percent above the 2015 IPO share price.

Under EQT’s ownership, LBX achieved double-digit average annual EBITDA and revenue growth, with sales rising by more than 570 percent and EBITDA by more than 1,100 percent over the total course of the investment period. Employee numbers almost tripled between 2008 and 2019 in line with the company’s growing geographical and market reach.

As one judge noted: “EQT contributed to LBX Pharmacy’s profitable growth over a long period of time by enhancing the functional excellence and making synergistic add-on acquisitions.”

Another member of the judging panel praised the firm’s “spectacular growth numbers”, as well as the operational developments achieved across corporate governance, board and management, and geographical expansion through acquisitions.