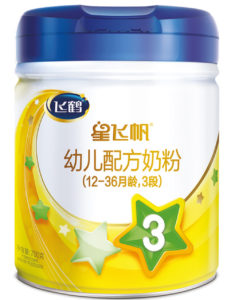 In 2013, Morgan Stanley Private Equity Asia invested in Chinese infant milk powder producer China Feihe in a take-private deal valued at approximately $147 million. The company had previously been listed on the New York Stock Exchange. MSPEA took a minority stake in China Feihe, committing $34 million of equity under the deal, alongside financing from China Feihe’s founder and $50 million in debt financing.

The transaction took place at a challenging time for the baby milk formula industry after some domestic products were found to contain melamine. A China Feihe spokesperson confirmed at the time that its products were never among those involved in the scandal or suspected of being unsafe. The scandal led to the introduction of tighter infant formula regulations in 2015, which came into effect in 2018.

Against this backdrop and with the support of MSPEA, which appointed a dedicated operating partner to work with China Feihe, the company realigned its value proposition to be “more suitable for Chinese babies”. Steps were taken to drive this value proposition, such as further enhancing food safety management, investing in product innovation and R&D, and developing environmental, social and governance programmes.

Product freshness was also a key priority, and numerous supply chain improvements were introduced to support this, such as establishing a central planning function. As a result of the changes, supply chain lead-time was shortened by nearly half. In addition, MSPEA was instrumental in establishing and driving the ESG agenda, which included investments in areas such as waste-water treatment.

Between 2014 and 2019, China Feihe’s workforce more than doubled, and the company’s market share in China grew around four-fold. Revenue and EBITDA increased at 31 percent CAGR and 45 percent CAGR over this period, respectively. And in 2019 alone, revenue and gross profit were both up more than 30 percent over 2018.

The judges were impressed by MSPEA’s diligence and the breadth of value creation levers it used. They also highlighted the investor’s “remarkable” environmental focus, as well as the in-depth operational developments undertaken, which they noted helped to boost performance and propel growth within an industry facing regulatory and branding issues.