A number of large firms had a successful 2018 by making some bold moves in the field.

Global firms like Warburg Pincus made history in regions around the world and other firms showed just why they are recognisable names. Some awards were close calls and some firms made the top spot after narrowly missing out last year.

The race for the top spot was tight. I Squared Capital inched past Actis to claim it. In August, the infra-focused firm with offices in Hong Kong, Houston, London, New Delhi, New York and Singapore closed its second flagship vehicle, ISQ Global Infrastructure Fund II, on its $7 billion hard-cap. The GP collected capital from more than 100 institutional investors, including 80 percent re-ups, and overshot its initial $5 billion target.

Investments from this fund already include the acquisition of Inkia Energy’s Latin American businesses, one of the largest independent power producers in the region, as well as its Caribbean division, and a partnership with Blackstone in BCP Raptor Holdco, the parent company of EagleClaw Midstream.

A year on from closing its debut healthcare growth vehicle, the $1.45 billion KKR Health Care Strategic Growth Fund that clinched its win in this category, the industry giant sits in pole position once more. Among headline grabbing transactions the firm completed in this space in 2018 was its take-private of formerly New York-listed Envision Healthcare Corporation, which provides physician-led services, post-acute care and ambulatory surgery services across the US. The deal was reportedly valued at close to $10 billion.

Flexing its global reach, in September, the firm shifted focus to China launching hospital management platform SinoCare Group with the goal of providing high quality healthcare services to patients in China. With KKR’s backing, the company got off to a swift start, acquiring a majority stake in HeTian Hospital Management Company around the same time.

A veteran of technology investing, Insight Venture Partners closed its 10th tech-focused fund last year on $6.3 billion, making it the firm’s largest vehicle to date and a step up from Fund IX, a $5 billion vehicle.

With more than $23 billion of assets under management, the high-growth technology and software backer was an investor in some of the largest (by value) VC-owned initial public offerings last year, including of e-signature business DocuSign at $4.4 billion. With a 36 percent stake, the firm was also a lead investor in customer experience tracking data software business Qualtrics that was sold to German software group SAP for $8 billion.

On the investment side, early in 2018 the firm acquired a majority stake in Tennessee-based property management software company Property Brands. In the summer it nabbed a stake in EveryAction, a Washington DC-based fundraising CRM software provider to non-profit organisations.

Consumer is a competitive space. And so was the battle for the top ranking in this category. Consumer specialist L Catterton scooped the award for the second year running trailed by Sycamore Partners, which notched up a spot this year to second place.

In 2018 Catterton was firing on all cylinders. The firm completed 11 exits and recapitalisations, including the sale of natural pet food brand Ainsworth Pet Nutrition for $1.9 billion, which won a PEI Operational Excellence Award, and children’s cough syrup brand Zarbee’s Naturals to Johnson & Johnson. It undertook 16 new investments and co-investments, including acquiring a $200 million strategic minority stake in natural baby and beauty business the Honest Company founded by actor Jessica Alba. And it collected capital for four funds, including Asia and European vehicles and a new joint venture consumer technology fund. Rounding off a busy year, the firm made 68 hires across 17 offices globally.

The names competing for this award that recognises the best managers of longer-dated vehicles are big. Last year, CVC Capital Partners lost out to Blackstone. This year, CVC pipped KKR to the post, having been the first of the mega-firms to launch its second long-life vehicle, CVC Capital Partners Strategic Opportunities II. To date, the firm has raised €4 billion for its new vehicle – already bigger than its €3.9 billion Strategic Opportunities I – that it expects to close later on this year. CVC has form. Since the launch in 2014 of this strategy that focuses on lower risk private equity deals in Europe and North America with hold periods of six to 15 years and ticket sizes from €1 billion to €5 billion plus, the firm has committed €2.8 billion of equity to six transactions.

Frontier markets firm of the year

By definition, investing in frontier markets requires boldness. Warburg Pincus showed just that when it made history last year by sealing the largest-ever private equity-backed deal in Vietnam with its $370 million investment in Vietnam Technological and Commercial Joint Stock Bank (Techcombank).

Impact investment firm of the year

Delivering impact in emerging markets is embedded in Actis’ DNA. Among its achievements in 2018, the firm’s portfolio companies supported more than 116,000 jobs and livelihoods, as well as provided healthcare services to 3.2 million people in the first quarter alone, supplied electricity to more than 1 million people in Cameroon, and generated more than 40 million consumer credit reports to facilitate access to financial services in Africa. While these numbers are impressive, in response to the lack of an industry standard for measuring impact, the firm also worked on devising an impact scoring methodology, the Actis Impact Multiple.

Reflecting Actis’ track record and commitment, the International Finance Corporation invited the firm to sit on its Sounding Board for its Operating Principles for Managing Impact initiative that launched in October. 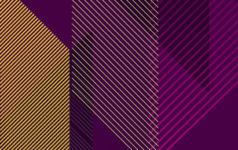 Investors 15 hours ago
Added to your Saved Articles
Loading
Unsave Article
Please confirm you would like to remove this article from your saved articles.
Share with other subscribers
Only logged in subscribers of this site will be able to access the shared article.