One of our most read stories of 2018 broke the news that KKR was joining the impact investing fray. Reporter Alex Lynn found reference to the firm’s first impact vehicle in an obscure regulatory filing and followed the thread from there.

It clearly struck a nerve: only two pieces of content generated more traffic to our site in what was our busiest year yet: the Rainmaker 50 (a list of influential individual fundraisers) and the results of our annual awards.

The curiosity of our subscribers is mirrored by growing investor interest. Pioneering impact managers, such as LeapFrog Investments and Bridges Fund Management, have now been joined in the strategy by established private equity franchises.

Partners Group, Bain Capital, Goldman Sachs and, probably most notably, TPG Capital are all either raising or managing impact capital. Among the newer entrants into the segment TPG stands out. Having raised a $2 billion debut fund from high-profile limited partners such as the Washington State Investment Board, Swedish pension fund Andra AP-fonden, Regents of the University of California and UBS Group and made 25 investments, it is now out raising up to $3.5 billion for a follow-up.

It is this rapid progress in the institutional space that led us to select TPG’s Bill McGlashan as our Private Equity Game Changer of the Year.

Like-minded investors have been banging the drum for impact for around a decade. The arrival of mainstream private equity firms has injected extra impetus into the movement, but has also raised questions about definition. Who should be allowed to raise capital under the “impact” label?

It is currently a broad church, housing everything from philanthropically driven capital that does not require “market” returns at one end, to sleeves of existing portfolios screened for their contribution to positive change at the other.

The definitional grey-ness is evident in the impact category of our annual awards. It is won this year by Actis. It is a firm founded with impact in its DNA having spun out from a development finance institution, but you’d be hard pressed to find a mention of the i-word anywhere on its website.

At the largest annual gathering of impact folk, hosted by Private Equity International and the Global Impact Investing Network, I asked Sir Ronald Cohen, the godfather of impact investing, whether another big theme or the year – the downfall of the Abraaj Group – would dent the image of impact (Abraaj squarely pitched itself as an impact investor). Short answer: he said it would not.

Perhaps ultimately the lack of definition of impact will prove a benefit to the entire PE industry. Which of our award winners would say their investments do not bring a positive impact? In the modern era of ESG monitoring and value creation, one would hope the answer is none.

Read out Private Equity Game Changer of the Year here. 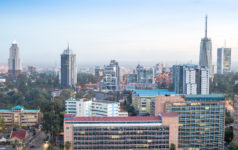 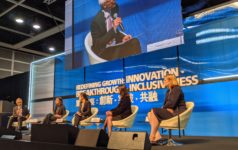