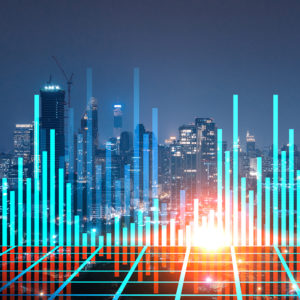 In June 2020, as the pandemic took hold, the OECD published a report that set alarm bells ringing among private investors. It concluded that inflows of private finance into developing economies could drop by $700 billion in 2020 compared with the previous year – a bigger drop than after the global financial crisis – and it would require co-ordinated financing from all available sources to “stop the bleeding”.

Certainly, the pandemic has had a negative impact on private finance. In Africa, private equity funds raised $1.2 billion last year, compared with $3.9 billion in 2019. They have raised just $500 million in the first half of this year, according to data from the African Private Equity and Venture Capital Association. Several firms on the continent are understood to have abandoned fundraising or switched to deal-by-deal investing.

The negative news, however, is largely outweighed by the positive. In every region covered by the ­Global Private Capital Association, known until June as EMPEA, private inflows were up between the first half of last year and the same period of 2021. Private capital inflows grew by more than 100 percent year-on-year in China, Southeast Asia and Latin America, while Central and Eastern Europe saw an increase of 439 percent, if from a lower base.

The same can be said for exits – perhaps the trickiest part of private investing in EMs – which were up in year-on-year terms in all geographies apart from the Middle East.

In Southeast Asia, exit activity by value grew more than 400 percent between the first half of last year and the same period of this, with India and CEE experiencing increases of more than 300 percent.

Furthermore, several markets experienced milestone liquidity events. “We are investing not just in developed markets but also emerging markets, not just for the sake of diversifying, but because we think we can get very good returns from those markets,” said Hideya Sadanaga, head of the private equity investment department and managing director of Japan Post Bank, in remarks reported by Private Equity International in May.

He added that “a good flow of exits coming out of China” has provided vindication.

Underpinning this growth are some familiar trends, such as digital transformation, the growth of impact investing and the adoption of fintech to improve the ease of doing business, all of which were turbocharged by the pandemic. Tech-based companies have attracted new domestic sources of capital, which have helped to combat the mass capital flight the OECD feared.

“Capital markets are booming globally,” says Cate Ambrose, chief executive officer of the GPCA. “Aside from international limited partners investing into funds, in markets such as India, the insurance companies, pension funds and family offices have all become much more active investors in private capital funds and also in stock exchanges.”

As more money flows into these markets, the way it is being deployed is changing. The days of the large fund that invests opportunistically in private equity across emerging markets appear numbered, according to two sources interviewed for this article.

Similarly, one-time proponent Actis has successfully shifted towards real assets in recent years, while the fate of Abraaj, another one-time heavyweight in that space, is well known.

These generalised players are being replaced by regional or sector specialists, as the realisation grows that ostensibly ‘emerging’ markets such as Indonesia, Nigeria and Costa Rica have little in common. The beneficiaries are groups such as LeapFrog, which focuses on African healthcare and financial services and in June secured a $500 million commitment from Temasek Holdings – the largest it has ever received.

“The approach now is that LPs don’t start by thinking, ‘I’m going to invest in Africa or Brazil,’ but ‘Where are the best [opportunities] for renewables or data centres globally?’ and ‘Who are the managers in that space with the best track records?’,” says Ambrose. Critically, the GPCA’s own rebranding was influenced by what it views as the redundancy of the term ‘emerging markets’.

Large LPs and development finance institutions are changing the form their investments take, as well as their targets. The Canada Pension Plan Investment Board, which plans to invest a third of its portfolio in emerging markets by 2025 (up from 21 percent now), has become increasingly active as a direct and co-investor, as part of a portfolio-wide strategy to reduce its fee base. Development finance institutions, such as the International Finance Corporation, have been doing the same thing.

“Fund investing will remain important, but not everything has to be intermediated by a fund manager getting their two and 20,” says one portfolio manager with a DFI.

Credit has also grown in popularity since PEI noted its emergence in last year’s Emerging Markets special. Access to capital is a key concern for small and medium-sized businesses in many of these markets. In the case of businesses that are unlikely to grow large enough for a listing or acquisition, credit gives investors a shorter time horizon and cleaner potential exit than taking equity positions.

Emerging markets private equity appears to have confounded the most negative covid-era predictions. What’s more, it is emerging as an increasingly diverse, sophisticated and profitable investment thesis than before the pandemic.

In spite of the covid-19 pandemic, several emerging markets have experienced milestone exits in the past year.

UiPath
In April, Romania-founded software business UiPath raised $1.34 billion through an IPO on the New York Stock Exchange. The listing valued the business at $35.8 billion, making it one of the largest software listings of all time. UiPath’s seed investor was Berlin-based Earlybird Venture Capital, with Accel and Sequoia Capital among other investors to cash out.

Paytm
Fintech business Paytm was at the centre of what was likely India’s largest ever IPO in November. The company sought to raise as much as the equivalent of $2.5 billion on the Bombay Stock Exchange, with groups such as the Canada Pension Plan Investment Board and ADIA among the buyers. Ant Group, an affiliate of Alibaba Group, got a partial exit.

PT Bukalapak.com
PT Bukalapak.com raised $1.5 billion in August, in the largest IPO to ever take place on the Indonesia Stock Exchange. The listing valued Southeast Asia’s fourth-largest e-commerce platform at $6 billion and provided liquidity for investors including Ant Group, GIC and Microsoft.

Allegro IPO
In October, Polish auction site Allegro listed on the Warsaw Stock Exchange in a deal that raised the equivalent of $2.3 billion and valued the business at $11 billion. Cinven, Permira and Mid Europa Partners were among the firms to share the spoils of the IPO, the largest ever by a Polish business.