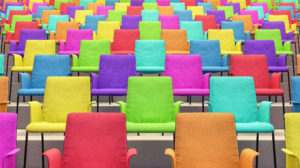 Pennsylvania Public School Employees’ Retirement System received 300 resumes for an investment professional position it advertised for this year. None were hired.

The whole conversation around a central investment office is creating uncertainty in recruiting, according to Grossman. “Even our private equity managers come in here and say, ‘What’s going on?’” he said.

The search for the investment professional that attracted 300 resumes was done in-house, Grossman said. The staff reviewed the resumes and made one offer, but the candidate expressed that the compensation was 35 percent less than he was seeking. The base salary is “fairly competitive” but a lack of incentives was a problem, Grossman said.

PSERS’ incentive programme was eliminated in December 2008 after staff received bonuses for 2007-2008, despite the fund losing $1.8 billion in the aftermath of the global financial crisis, according to Grossman.

“There was a lot of blowback that people were getting incentives when the pension system was losing money,” Grossman said.

The final payout was for six months in the 2007-2008 period and amounted to $416,000. Back then, incentives were generally paid based on relative returns, not absolute returns. “So, you could have negative absolute returns, but relative to the appropriate benchmark, could still earn an incentive,” Grossman said.

The staff would look to bring back a proposal to the board for re-introducing incentives through the personnel committee. “Timing’s everything and I am not sure when that’s going to be,” Grossman said.

PSERS may also explore engaging an external search agency for the investment positions to allow staff to focus on investments. Executive search firms have a “rolodex of people they can approach” and will be able to cast a wider net, Grossman said. Besides, they can search longer for a position because PSERS can advertise a position for only 30 days.

PSERS was not looking for specific skill sets for the new hires because staff “had been training itself and learning about private equity and its processes”, Grossman said.

“We’re going to be there for a long time, versus this year Joe’s there, next year Carolyn’s there and Dave’s there the next day,” Grossman said.