One could be forgiven for assuming that in an economic downturn, environment, social and governance issues are likely to take a backseat in favour of more pressing concerns. But this may not be the case, says Marta Jankovic, senior responsible investment and governance specialist at Dutch pension manager APG.

“The pace of adoption can actually be accelerated as a result of a crisis, depending on what the crisis was and why it started,” she says. “I would say that from where we stand now, ESG – especially in terms of risk mitigation, but also value creation – would become quite important.” 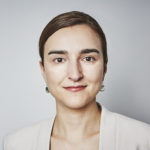 The last global financial crisis – an extreme example of a downturn – does not appear to have slowed uptake of responsible investing, with signatories of the UN’s Principles for Responsible Investment continuing to grow steadily over the 2007-10 period.

“A lot of GPs nowadays have bigger ops teams, not just in size but also in terms of their importance within the partnership,” Jankovic says.

“That was a trend that happened partly as a result of the crisis; there was a whole movement towards operational improvement and adding more operational professionals to teams that were previously dominated by dealmakers. When you spend more time with portfolio companies because you cannot sell them easily to achieve the desired return, you would inevitably focus on ESG as a means of risk mitigation and value enhancement –  something that will prepare the company for a better exit.”

In her role at APG, Jankovic is responsible for approving the ESG levels of all new investment proposals in private equity, hedge funds, commodities and other illiquid asset classes, as well as monitoring the performance of existing investments. The firm currently manages around €444 billion of assets, of which around 4.5 percent is allocated to private equity, according to PEI data.

And with more than 600 member firms and 600 affiliate members of Invest Europe, Jankovic – who was appointed chair of the organisation in June 2017 – could see her passion for responsible investing extend far beyond APG. The former legal counsel at SVG Advisers hopes to use her position to draw attention to the role private equity can have on the environment and society at large.

Responsible investing in private equity is on the up. The PRI has more than 1,800 signatories, with half of the GP and funds of fund members joining within the past four years.

“Leading LPs are definitely asking PE managers about how they are managing RI or ESG issues in both their due diligence and then their management of assets,” David Russell, co-head of responsible investment at Universities Superannuation Scheme, says. “Since 2008-09 both the number of LPs addressing the issues, and the uptake by GPs, has grown significantly.” 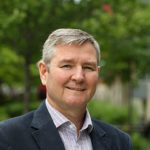 The reasons for this growth are as much financial as they are ethical. Value creation through responsible investing techniques could minimise the impact of a potential downturn, and many of the issues covered by responsible investment are already associated with the better management of businesses, Russell adds.

“Activities like energy management and reduction of emissions, waste management, and management of people, can all make companies more efficient, and therefore potentially more resilient.”

But with private equity approaching 2008-levels of fundraising last year, it remains to be seen whether demonstrable ESG principles could take a backseat. As investors line up to commit to funds, GPs could ignore demands to improve ESG from some LPs.

“There are players in the market who perhaps haven’t had an ESG approach to date and maybe don’t see the reason why they would change anything if their fundraising is very successful,” Jankovic notes.

However, given that LP interest in responsible investing shows little sign of abating, Jankovic believes adopting ESG principles sooner, rather than later, would stand GPs in good stead down the line.

“They will be in a good spot to capture the attention of their investor base and limit the risk that they might be facing. If these GPs are plugged into how LPs are thinking … they will see that this direction of travel is not going backwards; it’s just a question of speed.”