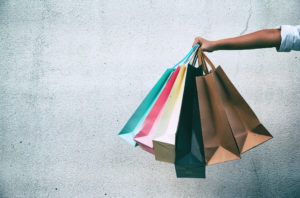 Less than six months since it decided to begin acquiring stakes on the secondaries market, Rhode Island State Investment Commission has invested $65 million across three transactions.

It has appetite for more, and could potentially commit up to $130 million to secondaries this year as it aims to build its exposure to the sub-asset class up to around 20 percent of its $624 million private equity portfolio this year, according to spokesman Evan England.

Rhode Island invested $40 million in stakes in older Industry Ventures and Paine Schwartz Partners funds, according to 2 October state investment commission documents. It committed $25 million for a stake in Eureka Equity Partners’ Fund III in May.

The pension system will take an opportunistic approach, investing in LP interests in both new and existing funds with its GPs, as well as the funds of GPs with which it does not have relationships, senior investment officer Jonathan Popielarski told Private Equity International.

Rhode Island’s private growth exposure, under which private equity falls, is 7.2 percent against a 11.25 percent target, as of 31 July, according to a state investment commission report.

The pension system has an annual investment pacing target of $285 million and writes cheques of between $30 million and $50 million.

As Rhode Island does not co-invest alongside its managers – a strategy LPs often use to build stronger relationships – it is hoping an increase in secondaries activity could do the same job.

“If we are invested [with] GPs in their Funds III and IV, there might be an opportunity to increase exposure in their Funds II and I, and it can make us interesting [partners] for new primary commitments,” Popielarski told PEI.

Rhode Island offered $10 million for an unknown seller’s interest in Industry Ventures Partnership Holdings Fund IV. The vehicle, which closed in 2016, focuses on primary commitments and early secondary purchases in small venture funds. The offer was accepted, according to a memo on Rhode Island’s website.

“The Fund has called 75 percent of commitments and completed eight investments over a four-year period,” Cliffwater CFA and senior managing director Thomas Lynch wrote to the board in a memo, referring to Fund V. Fund IV is beyond its investment period and uncalled capital will be used for fees and add-ons, according to Lynch.

As of 31 March, Paine Schwartz Food Chain IV was generating a 11.10 percent net internal rate of return and a 1.27 net multiple, Buyouts reported.

Rhode Island bought a $25 million stake in Eureka’s Fund III, a 2012-vintage US buyout fund, from an unnamed insurance company, state investment commission documents for 20 May said. The fund had made six investments and completed two exits which generated 5.2 times invested capital in aggregate. The remaining four investments were valued at 1.9 times total cost, and two were expected to be sold by year end.

Rhode Island’s purchase of the Eureka Fund III stake would yield an expected internal rate of return of 16 percent and a TVPI of 2.02x, the May documents said.

LP Tearsheet 17 hours ago
Added to your Saved Articles
Loading
Unsave Article
Please confirm you would like to remove this article from your saved articles.
Share with other subscribers
Only logged in subscribers of this site will be able to access the shared article.