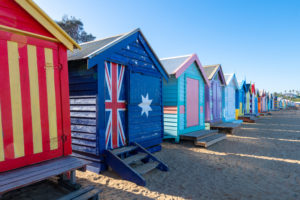 Riverside Company has renamed its latest Asia-Pacific private equity fund due to a growing appetite for Australia and New Zealand.

Riverside Australia Fund III will deploy the lion’s share of its capital in Australasian businesses, according to a source with knowledge of the vehicle. It will have capacity to invest in pan-Asian companies in other markets should the opportunity arise.

The change reflects Australia and New Zealand’s disproportionate weighting in Riverside Asia-Pacific Fund II, the source noted. Fund II collected $235 million against a $150 million target in 2014 after nearly two years on the fundraising trail, according to PEI data.

New York-headquartered Riverside has collected A$147 million ($103 million; €90 million) towards a A$350 million target for Fund III, according to a June filing with the Securities and Exchange Commission. The capital was provided by 29 limited partners and includes a A$17.5 million, or 5 percent, GP commitment, the filing noted.

Riverside declined to comment on fundraising matters for regulatory reasons.

Four of the firm’s six Asia-Pacific portfolio companies are based in Australia or New Zealand, according to its website. These include skincare provider Alpha-H, which it acquired in April, software developer Energy Exemplar and construction services firm Hiway Group.

Riverside’s investment strategy typically involves expanding businesses to new markets and it is expected to do the same for its Oceanic portfolio. The firm has offices across Asia-Pacific including Melbourne, Hong Kong and Singapore.