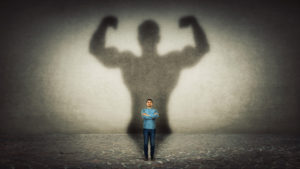 State of Wisconsin Investment Board’s private equity portfolio doubled in the nine years to March 2019, even as the pension system changed its focus to small buyouts and reduced its number of large buyouts relationships.

The overall performance improved by 520 basis points, and funds from vintage 2010 onwards generated returns of 15.4 percent compared with pre-2010 funds’ returns of 10.2 percent in the core private equity portfolio, according to SWIB’s 10 September board of trustees documents acquired by Private Equity International. The returns are as of 31 March.

The pension system will continue to increase its exposure to small buyouts, defined as funds below $1 billion, and selectively reposition its distressed and credit exposure for the next default cycle, SWIB communications manager Vicki Hearing confirmed to PEI.

Small buyouts exposure increased to 20 percent of the core private portfolio by the first quarter of this year, up from 1 percent at the end of 2009.

Lower leverage and better alignment of interest contribute to higher alpha for smaller market managers: smaller managers are more focused on performance to generate carried interest versus earning management fees and have higher GP commitments, according to a presentation by consultant StepStone in the SWIB meeting documents. Smaller buyout managers must perform to be able to retain talent and raise future funds and also have a higher ratio of investment professionals to portfolio companies, StepStone noted.

Commitments to fewer managers and the sale of stakes in non-core managers on the secondaries market led to mega and large buyout fund exposure dropping from 53.4 percent to 38 percent of the core PE portfolio during the nine-year period, the StepStone presentation noted.

Annual commitment pacing was pegged to a range of $1 billion to $1.4 billion as part of the 2010 pacing analysis. However, since 2014, the pacing increased beyond the range, hitting a peak of $2.29 billion in fiscal 2018. SWIB had already committed $1.97 billion as of 30 June, and the pacing for fiscal 2019 will be similar to the previous year, according to Hearing.

“SWIB’s current commitment pacing is derived from a cashflow model and reflects the large number of distributions SWIB has received over the past eight years and the recent increase in the target allocation for private equity,” Hearing said.

Indeed, the PE portfolio generated $14.4 billion in distributions, outpacing the $10.9 billion in contributions between 2011 and 2018.

The core private equity portfolio generated an internal rate of return of 11.5 percent as of March 2019, up from 4.53 percent in December 2009. Distributions to paid-in capital increased to 1.05x from 0.3x while the net total value multiple increased to 1.47x from 1.08x in the same period.