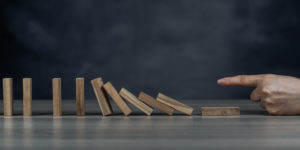 One of Washington’s most powerful lobby groups has said that public pensions and their retirees would be big losers if the Stop Wall Street Looting Act, proposed by US Senator Elizabeth Warren, becomes a reality.

The US Chamber of Commerce released a report on 12 November analysing the potential economic impact of the act. It stated that the proposed measures would effectively lead to losses in jobs and tax revenues and the failure of many businesses.

The act would seek additional caps on leverage, tax profits at ordinary income tax rates rather than at the rates on capital gains, and hold private equity firms liable for all their portfolio companies’ debts, legal judgements and pension obligations.

Report author Professor Charles Swenson of the Marshall School of Business, University of Southern California, said on a call on Tuesday accompanying the report’s release: “Even though the act would increase some taxes on the industry significantly, if 1 percent of the industry exited and then 1 percent of the companies that they typically finance all failed after the ripple-through effect on the economy, the legislation would actually lose money,”

The Stop Wall Street Looting Act of 2019, co-written by Democratic presidential candidate  Warren, aims, in her words, to end the industry’s “abusive practices by putting private investment funds on the hook for the decisions made by the companies they control, ending looting, empowering workers and investors, and safeguarding the markets from risky corporate debt”.

Private equity firms invested $3.4 trillion in US companies between 2013 and 2018, the report noted, citing industry lobby group the American Investment Council. The report added that when the multiplier effect was taken into account – from business-related purchases, and the direct and indirect effects on employees who spend on the economy – these companies contributed more than 26 million jobs to the US economy.

Swenson said that section 101 of the bill – which would eliminate corporate separateness between a PE fund and its portfolio companies, and hold PE firms liable for all debts – would increase private equity funds’ risk exposure.

He added that if a private equity firm invested in a struggling company and that company went bankrupt, the creditors could seize assets of the firm itself as well as the assets of investors, which would include assets of the pensions themselves.

“This goes well beyond the typical corporate liability exposure that we’ve been used to in the American economy,” Swenson said.

The report noted that in the most extreme scenario, in which private equity funds ceased to exist as a result of the proposed legislation, the result would be $475 billion in lost tax revenues for the government. In a modest-case scenario, 6 million jobs would be lost and taxes would drop by nearly $109 billion annually in the long run.

Tom Quaadman, executive vice-president at the Chamber of Commerce’s centre for capital markets competitiveness, said on the call: “[Private equity] provides easy, good advice for companies that are trying to grow, who are trying to turn around.

According to the Center for Responsive Politics, the Chamber of Commerce is the biggest spender among lobbying groups, having dished out more than $56.5 million in the year to 30 September to influence government policy.