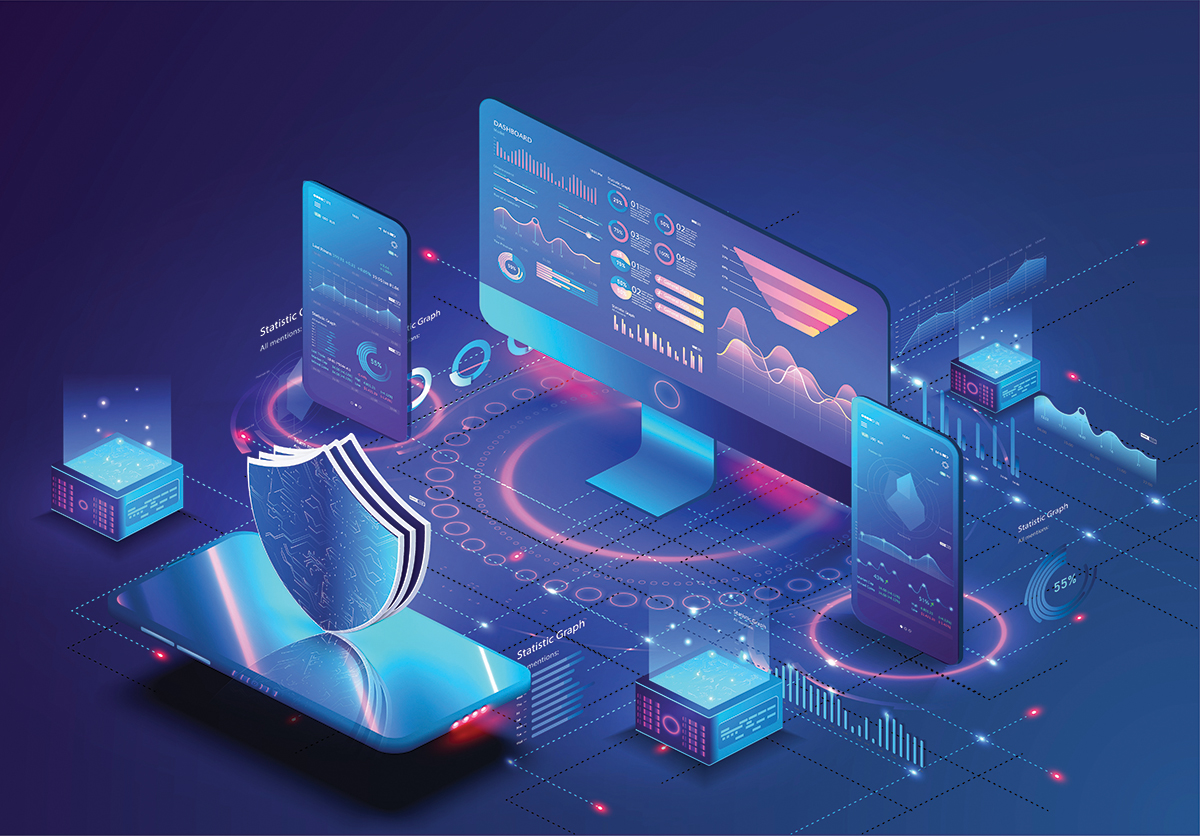 Back in 2011, Marc Andreessen, co-found­er of Silicon Valley venture capital firm Andreessen Horowitz, proclaimed that “software is eating the world”. The past decade or so has demonstrated he was right in many areas, not least in financial services where fintech companies are transforming the way we pay for products and services and manage our money, while insurance companies, banks and asset managers are facing significant disruption from digital challengers.

“Andreessen’s comment describes how we’ve seen software move from being a separate category to infusing all sectors, from healthcare and agriculture through to real estate,” says John Coelho, partner at StepStone.

“Financial services is the largest sector by a number of measures in many economies – and it’s one where many of the incumbents have been loath to become more tech-enabled. Fintech is disrupting the sector, with some explosive results.”

He points to payments as the earliest part of the sector that has faced nimble, tech-enabled competition. PayPal, for example, now has a market capitalisation of well over $150 billion, while Worldpay was acquired last year by FIS for $43 billion. Yet, he adds: “Payments is the most obvious space – there are so many other categories being transformed by technology.”

“You can’t be in financial services today without using a heavy dose of tech”
Steve Pierson, Lovell Minnick Partners

“Technology is now being used across the board,” says Steve Pierson, managing partner at Lovell Minnick Partners. “You can’t be in financial services today without using a heavy dose of tech, deployed across customer-facing interfaces through to back and middle office.”

The acceleration of technology in financial services is a trend that many investors believe has real legs. “The transformation of financial services and products through technology has been going on since the late 1990s and it will continue for the next 20-30 years,” says Per Nordlander, partner at Verdane. “It’s such a deep and wide space.”

The potential for creating unicorns has clearly attracted venture capital interest, with $41 billion invested by VCs in 2018 and $35 billion in 2019, according to CB Insights figures. But as the sector matures, growth capital and buyout funds have also got in on the act.

Again, payments has been the hottest part of the sector for many players. “Payments went from being considered a bit of a backwater to an exciting sector,” says Aaron Goldman, managing director and co-head of financial services at General Atlantic. “There has been a lot of value created and so it’s a part of the market that has had a lot of attention. Payments is definitely a competitive area for private capital.”

Indeed, the number of private equity payments deals in North America and Europe grew by 7 percent a year between 2006 and 2019, according to Bain & Co, with aggregate deal value growing five-fold in the same period. And for good reason – Bain suggests that buyouts involving payments companies have generated a gross pooled multiple of invested capital of 2.7x, outpacing technology investments.

Its attractiveness is evidenced by the fact that in June this year (even as travel restrictions remained in place), Nordic Capital announced a strategic minority investment by a number of investors, including BlackRock Private Equity Partners, in portfolio company Trustly, an online banking payments company.

Fredrik Naslund, partner at Nordic Capital, says there was “a huge amount of interest in Trustly from both strategics and other financial sponsors”.

Much more to come

There is little doubt that far more fintech opportunities will arise as transformation across all parts of financial services continues. “There are a lot more investment opportunities for us today than there were five to 10 years ago,” says Verdane’s Nordlander. “Back then, there was a lot of hype around fintech but very few investable companies, with a few notable exceptions, that grew rapidly. Over the past two years, it’s become much clearer which ideas and businesses have potential for success and so the investment space for us has increased dramatically.”

He points to a number of areas where his firm sees potential: “Certain areas in fintech are very crowded, in particular where companies are providing financial products to retail customers. We believe there are selective opportunities in this space as there is still a large amount of profit that can be taken from the incumbents, and a large addressable market. But the main area we see opportunity in is the SME banking and technology areas around segments such as niche banking platforms and regtech, where AML and KYC processes can be streamlined and where technology transformation, combined with continued regulatory pressure, will create further market expansion potential.”

Insurtech is another possible new area for buyout firms. The success of upstarts such as Lemonade, which filed for an initial public offering in June, points to significant disruption in the insurance industry, a sector where many buyout firms have had past experience and success.

“We may well see a wave of insurance deals done by buyout houses,” says Coelho. “There are many old-style incumbents that need to upgrade legacy systems and technology to adapt and stay relevant. There could be a lot of value in taking control of an insurance platform and then integrating technology to create an efficient, modern business.”

Pushed by the pandemic

As with many technology-related sectors, the arrival of covid-19 and the associated lockdowns have hastened existing trends in fintech. “The pandemic has rapidly pushed more consumers to use digital tools such as online banking, transactions and savings,” says Naslund.

“And although it’s too early to say how permanent the shift is, it seems as though at least some of this behaviour is here to stay. Those who might have been more reticent to use digital technologies now see the benefits. In this part of Nordic Capital’s portfolio – where newcomers are challenging incumbent financial services companies – we are seeing all-time high volumes and all-time high customer wins.”

The crisis has had an impact on investment levels, however, particularly in VC. According to CB Insights data, just 404 global fintech VC deals were announced in Q1 2020 (a period that only captures the beginning of the lockdown in most countries), the lowest number since 2016.

Yet investment figures only tell part of the story. “We’ve seen many fintech companies respond to the crisis with agility,” says Miguel Luiña, principal in the fund investment team at Hamilton Lane. “For some, this has meant cost-cutting and reducing cash burn to position themselves well and give themselves a long cash runway. In others, we’ve seen companies replace revenues in other ways by creating solutions for their end markets. For example, a point-of-sale software system that focuses on restaurants shifted to become a platform for online orders and delivery – it became part of the solution.

“Many VCs are very well positioned to take advantage of new segments where companies have had to pivot or create new businesses to meet new needs or as a result of shifts in behaviour.”

Many buyout houses will also be looking for opportunities that may not have been evident before covid-19 struck.

“VCs had been pouring money into early-stage fintech businesses and these may well struggle as they will not be profit- or perhaps even revenue-generating,” says Naslund. “We will see some private equity portfolio companies be able to pick up some of these early-stage technologies.”

They may also encounter rather less competition than previously. The number of fintech M&A deals fell by 40 percent year-on-year across Europe and the US in March 2020, according to a report by Houlihan Lokey. The report states: “Going forward, private equity buyers’ record amount of dry powder ($1.5 trillion) lends itself to the opportunity to deploy capital in the high-growth fintech sector at a steep discount to recent prices.”

With so much growth potential in the fintech space, it seems as though the post-covid environment could provide buyout executives with a number of opportunities.

Some of the world’s largest LPs are investing directly

Singapore’s GIC has made a number of fintech investments, including leading a $102 million round in artificial intelligence-driven asset management company Pagaya this June, and participating in a $230 million funding for payments solutions business Checkout.com in May. Its fellow state investor Temasek is also active in the sector, such as its February 2020 investment in wealthtech firm FNZ.

Meanwhile, Hamilton Lane is investing balance sheet capital in strategic direct investments in fintech companies that focus on improving the efficiency of the asset management industry. One recent example is a Series A investment in Canoe, which specialises in automating and improving alternative investment operations for LPs. The firm has since implemented Canoe in a bid to streamline internal processes.

“The private markets are largely in the Stone Age when it comes to systems and communication – many firms still use emails, Excel, PDFs, all of which are manually intensive and contain unstructured data,” explains Griffith Norville, managing director, strategic technology at Hamilton Lane. “So, for example, we’re investing in companies that deploy machine learning and optical character recognition to extract information from these sources of information.”

The need for improved and efficient solutions is growing as LPs require increased amounts of data to support their decisions, says Norville. “LPs today need to understand the different liquidity and return profiles of various options when thinking about portfolio construction. When they are making investment choices, where previously LPs would rely on benchmarks, today they look through to the portfolio company level, at cashflows and transactions and compare GP performance across very granular measures.”