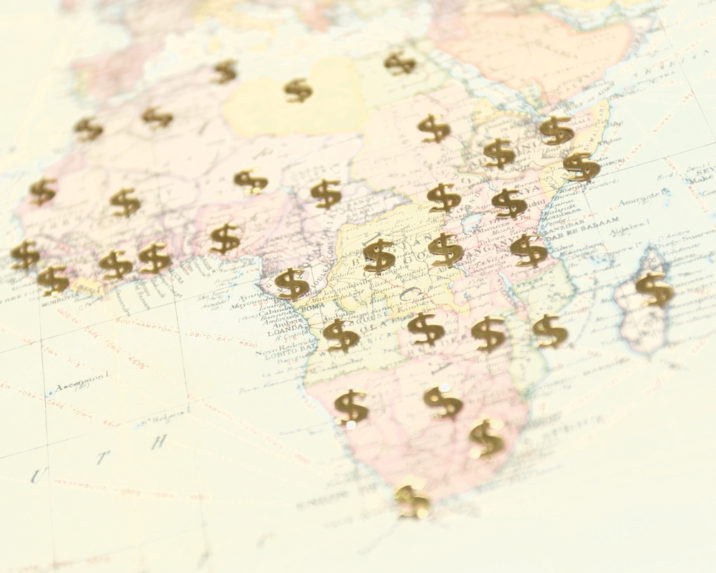 As the ink dries on Actis’s acquisition of two funds previously managed by the now-defunct Abraaj Group, there will be sighs of relief from limited partners that had commitments to the vehicles. The acquisitions, completed in July, of Abraaj Private Equity Fund IV, a global buyout vehicle, and Abraaj Africa Fund III, which focuses on sub-Saharan Africa, were the culmination of months of complex and sometimes difficult negotiations. They followed TPG’s agreement in May to manage Abraaj’s $1 billion healthcare fund, which includes investments in hospitals and clinics across Africa and South Asia.

The fact there has been a relatively orderly transfer of funds and assets following such a major collapse should provide some comfort that emerging markets private equity now has enough capacity to deal with difficult situations. The relief will be felt particularly in Africa, where there is often a perception that the private equity market remains relatively immature and thin.

“The positive outcome of this is that it has demonstrated that there is enough depth in the market to deal with the issue,” says Alison Klein, manager, private equity, at FMO. “There are numerous fund managers with the capability to take on the Abraaj portfolios, and there were a number of options presented to LPs. These were good GPs with strong track records in operational and governance matters.”

Nevertheless, emerging economies in general, and Africa’s in particular, face an uphill struggle to restore investor confidence, even though the Abraaj saga could have played out anywhere in the world and in any segment of the investment market.

“What happened with Abraaj is unfortunate and has been difficult for investors,” says Klein. “A number of large institutional investors committed some significant sums to what had become a large firm with large funds. But it is not an issue with emerging markets – it’s a lesson in what can go wrong no matter where you invest. Just look at what happened with Bernie Madoff. This can happen in any market when an investment manager runs amok with its governance structures.”

Nevertheless, Private Equity International figures suggest Africa-focused vehicles have found it significantly challenging to raise funds over the past year. The average time taken to raise a fund rose to 29 months during the first half of 2019, up from just eight months in 2017. Some have questioned whether this is purely down to the fall of Abraaj.

“The fundraising environment for African private equity has been difficult,” says IFC director Kevin Njiraini. He believes that one of the key challenges has come from those investors that are not development finance institutions shifting their capital allocations outside Africa because of macroeconomic trends such as currency depreciation: “This causes local currency performance to translate poorly into US dollar returns and is hurting African PE performance.”

Yet while devaluations in markets such as Egypt and Nigeria have inevitably dented investor appetite for Africa’s private equity markets, Abraaj has clearly made a mark on sentiment.

“Africa has been disproportionately affected by what happened at Abraaj, even though a lot of what went on didn’t involve the African portfolio,” says Clarisa De Franco, managing director, funds and capital partnerships, at CDC. “It’s hard to judge whether this is because many investors had only just started investing in Africa, and they’re now standing back. But the DFIs will now need to take time to understand what investors’ concerns are.”

What will have to follow now, she says, is a greater effort from development finance institutions to help other investors get to grips with the risks of investing in emerging markets such as Africa’s. “The DFIs have an important role to play in helping educate investors about what the real challenges are for African GPs and what the perceived challenges are,” says De Franco.

“There is a belief that there is no appropriate regulatory structure and that it’s hard to get to know managers on an individual basis because they are so dispersed. Neither of these is true. You can go to three conferences a year and meet all the GPs in one go; you don’t need to travel to each country, for example. Everyone knows everyone else and it’s easy to get references. So when something goes wrong, you should be able to get the full story.”

“We may well see increased outsourcing of fund-management functions to provide LPs with comfort that the correct procedures are in place” Alison Klein, FMO

Improvements to be made

For LPs, however, there are lessons to be learned. Many will now be considering how they can improve their processes for selecting and monitoring fund managers.

“In hindsight, there were some red flags, and everyone will now be reflecting on their due diligence processes,” says Klein. “The clear take-away is that LPs should increase their focus on operational due diligence on firms to ensure there is a clear segmentation of duties and oversight and to determine how funds draw capital and what it is used for. Governance at a firm level will be a big focus.”

LPs will also be looking much more closely at who is managing funds and whether certain individuals have undue control in an organisation. As De Franco says: “LPs will be asking, who’s in the deal team? Is there someone who is a dominant force? Who has influence in the organisation? What mechanisms are in place to make sure individuals don’t take over?”

For GPs, confidence building will require comprehensive reviews of systems and procedures. It will also, crucially, involve more timely reporting. “Transparency will need to improve,” says De Franco. “When LPs ask about a GP’s financial position, managers will need to respond quickly – it should be a given that LPs want to understand a GP’s financial stability and know where fees are going.

“Overall, GPs will need to be more upfront with their investors about what is working and what isn’t. The DFIs can support GPs when they are trying to work through issues. For their part, DFIs have had a tendency to support certain GPs and not others, and I think we should work towards supporting all GPs that need help with processes and systems.”

Njiraini agrees that GPs “need to strengthen their investment, governance and administration functions in a manner that is transparent, adheres to global best practice, and addresses investor concerns”. He adds that a focus on good investments and generating strong risk-adjusted returns has the potential to make the greatest positive impact on the region’s private equity industry. The need for increased transparency is a point duly noted by Actis private equity partner Rick Phillips.

“The level of what fund managers need to provide to LPs will be stepped up considerably,” he says. “That will have an impact on smaller funds that may find it difficult to give the level of information required because they may not have the necessary resources.”

This pressure could prompt consolidation. Klein suggests some functions might also be outsourced to third parties.

This has already happened in other markets, such as those in Europe, where regulatory reforms under AIFMD required alternative investment fund managers to appoint depositaries in order to prevent any repeat of the Madoff hedge fund scandal. “We may well see increased outsourcing of fund-management functions to provide LPs with comfort that the correct procedures are in place,” says Klein.

Yet GPs may find that they are subject to scrutiny from other quarters. Phillips says management teams are also thoroughly examining their potential backers.

“The importance of ethics for businesspeople looking to raise capital from private equity has risen up the agenda,” he says. “It’s something that may not have crossed their minds previously. They are looking closely at the differences between fund managers, who will need to demonstrate clearly, if they become shareholders, how things will be done.”

The Actis team in particular will be watched from all sides as it manages out the former Abraaj funds. “How Actis manages the portfolio and builds relationships will be vital to this process,” says De Franco. “The portfolio will be under a lot of scrutiny – not just from the LPs concerned, but much more broadly.”

Although painful in the short term, Abraaj’s collapse may prove beneficial to African markets by driving improved standards across the board.

“What happened could well define African private equity for the next 10 years, and with potentially positive outcomes,” says Phillips. “An increased focus on ethics and trust, combined with greater transparency, should all be welcomed. Those that can demonstrate clearly that they operate ethically and have robust checks and balances within their organisation should benefit from this.”