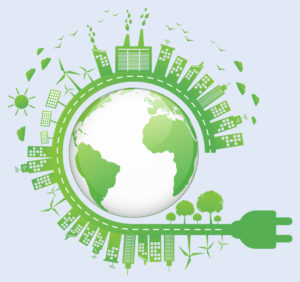 With Joe Biden in the White House and Democrats in control of Congress, albeit tenuously, a more liberal attitude to environmental, social and governance investing at the federal level seems inevitable in the US.

Climate in particular was a centrepiece of Biden’s presidential campaign, which pledged comprehensive investment in clean energy. But what will be possible for the new administration at a time of social crisis and political disturbance remains unclear. Although observers agree the momentum for disclosure around ESG will continue at the regulatory level, hopes for a legislative boost centre on the familiar yet elusive goal of an infrastructure bill.

ESG momentum has also been building in the private equity industry. As it stands, there are no reliable fundraising data that separate ESG-focused private vehicles from their non-ESG counterparts. Yet directional data from the UN Principles for Responsible Investment, which promotes the inclusion of ESG factors into investment decision-making, suggest that institutional capital continues to flow to sustainability-minded managers. The PRI had 3,038 signatories with assets under management totalling more than $103 trillion at the end of March 2020, up from 1,384 signatories representing $59 trillion of AUM in 2015. As of August 2020, more than 650 PRI signatories were US-based.

Meanwhile, the Global Impact Investing Network estimates that, as of the end of 2019, more than 1,720 firms were managing $715 billion in impact investing AUM. Impact funds may remain a significantly smaller presence in the market, but the space saw a high-profile arrival last month with the addition of former US Treasury secretary Henry Paulson as executive chairman of TPG’s Rise Climate fund. The firm said the fund was formed in response to the “increasing number of climate-focused companies… in search of climate-focused capital”.

“If you’re the CEO of a company or the mayor of a city, or a private equity manager, you can’t assume someone else is going to solve that problem”

As a candidate, Biden vowed to rejoin the Paris Agreement and promised a “clean energy revolution” to eliminate carbon pollution from US electricity production by 2035. Given its increasing economic clout, private capital will be critical to completing this transition on time. “The private equity market has grown so dramatically, there are so many more layers,” says Steven Rothstein, managing director of the accelerator for sustainable capital markets at the non-profit Ceres. “People are waiting longer to go public than they were, so we’re not going to achieve this goal to be net zero – hopefully by 2040, no later than 2050 – if the private equity players are not active partners.”

This is starting to sink in, Rothstein says, especially in Europe, where ESG investing is further along in terms of political support and reporting standards: “We’ve seen more leadership in Europe from several private equity managers that have already established 2040 goals and are working with their portfolios.” Ceres advocates for mandatory climate risk disclosure and pushes companies to reduce emissions through a network of more than 175 institutional investors managing $30 trillion in assets.

“Everyone understands that you can’t just rely on [the administration], whether it’s a president who is more supportive or less supportive of these issues,” Rothstein says. “If you’re the CEO of a company or the mayor of a city, or a private equity manager, you can’t assume someone else is going to solve that problem.”

Under Donald Trump, regulatory action in favour of ESG was stymied, to the chagrin of many investors. “We were concerned and opposed to the administration’s efforts at the Department of Labor to roll back the ability to consider ESG factors as a fiduciary,” says Chris Hayes, senior policy counsel at the Institutional Limited Partners Association. “We don’t think it detracts from acting as a fiduciary to do that.”

Hayes expects that rule to be reversed and suggests “there is the potential to see some changes that would actually require [ESG] factors to be taken into account”. Such considerations could be incorporated into the fiduciary requirements of the Investment Advisers Act, which applies to private fund managers with more than $150 million in AUM. A possible model is the proposed Climate Risk Disclosure Act of 2019, which would require public companies to report information including emissions, fossil fuel assets and risks related to worsening weather events and the energy transition.

“Generally, ILPA would be supportive of proposals that encourage investors and managers to consider [ESG] factors in their investment process,” Hayes says, either through legislation or regulatory action. “This would be a big step forward.” He notes that the Securities and Exchange Commission has so far limited itself to addressing how ESG funds are advertised.

On the legislative side, investment on the scale Biden has spoken of – $2 trillion over four years in R&D and tax credits to build out renewable power capacity and accelerate the rollout of electric vehicles – would require Congressional action in addition to executive orders. Infrastructure legislation was a much-ballyhooed subject during Trump’s presidency, albeit one that never materialised. It remains an area of tantalising potential consensus.

“If there’s a shot at a broad bill that has bipartisan support, it would be around infrastructure,” says Fran Seegull, executive director of the US Impact Investing Alliance. “What we’re calling for specifically is a federal domestic vehicle to invest in and promote inclusive economic growth.”

Such a domestic development bank would “leverage the tools and lessons of international development finance to reinvest in American infrastructure and industry to create a more level playing field”, she says, funding projects around issues such as climate resiliency and the digital divide.

Brent Burnett, co-head of real assets at Hamilton Lane, says “a stimulus package that is infrastructure-related or more comprehensive in its approach”, including clean energy provisions that extend and expand on current incentives, would be more likely to pass than any specifically green bill. Executive orders could incentivise some behaviours and punish others, but Burnett adds that many states have adopted their own renewable energy standards. “Trump’s disengagement from this actually led to more engagement from states and institutions,” he says.

He adds that politicians favour the carrot-and-stick approach, but that the timelines are different: “The carrots they like to implement immediately, but the stick they like to push off to somebody else.”

Subsidies and tax credits get put in place right away, “but the really hard restrictions – we’re going to get to net zero by this date, we’re going to phase out internal combustion engines by that date – tend to get pushed out 10, 15, 20 years, and at some point those policies are going to have to be validated by the electorate.”