Blackstone has joined its peers in setting up its next generation of leaders.

Gray, who joined the firm out of college and has led the real estate business since 2005, will report to chief executive and co-founder Steve Schwarzman.

Gray, who was elected to the firm’s board of directors in 2012 and sits on the firm’s management committee, has long been a rumoured successor at Blackstone. Private Equity International pointed to Gray as a top contender in October, noting that in November 2016, he turned down the opportunity to become US Treasury Secretary, saying that he still had “much work to do at Blackstone”.

James joined Blackstone in 2002 as vice chairman and COO, replacing co-founder Peter Peterson as president in 2006 upon his retirement. In his new executive vice chairman role, he will continue to sit on the firm’s investment committees, management committee and board of directors. James will also help develop new businesses, serve as a firm spokesman and manage strategic external relationships.

“The appointment of Jon as president and COO lays the foundation for the next generation of senior management and positions the firm well for future leadership,” Schwarzman said in the statement.

“Tony James has had a bigger impact on Blackstone than anyone in the firm’s history. I could not be more pleased that Tony wants to stay fully engaged at Blackstone.”

The new co-heads of real estate come with a deep and wide history at the firm. Caplan joined Blackstone in 1997 and was previously the firm’s head of Europe real estate. McCarthy started at the firm in 2010 and has focused on day-to-day operations, specifically the firm’s investors, capital raising and business development efforts across new investment products.

“Steve and Tony put such a premium on succession, not just at the most senior level running the firm, but at the platform level,” Gray told sister title PERE. “Everyone at a key leadership position has to have one or two successors lined up.”

Gray said his promotion has been in the works for “several years”, as he has devoted less time to real estate and more to learning firm-wide lessons from James.

Washington, DC-based Carlyle said in October that its co-founders David Rubenstein and Bill Conway would step aside from their roles of co-chief executives and be replaced by president and chief operating officer Glenn Youngkin and corporate private equity deputy chief investment officer Kewsong Lee, effective 1 January.

In July, KKR named Joe Bae and Scott Nuttall co-presidents and co-chief operating officers. Co-founders Henry Kravis and George Roberts would continue in their roles as co-chairmen and co-chief executive officers. Bae and Nuttall took the day-to-day reins of the firm’s activities, dividing various strategies based on their previous duties, with Bae focusing on private equity and real assets and Nuttall focusing on real estate debt, among other platforms.

Blackstone managed $105.6 billion in private equity assets as of 31 December and $434 billion in total assets under management, according to its fourth-quarter earnings. 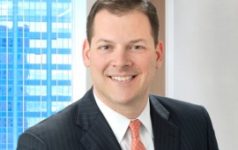