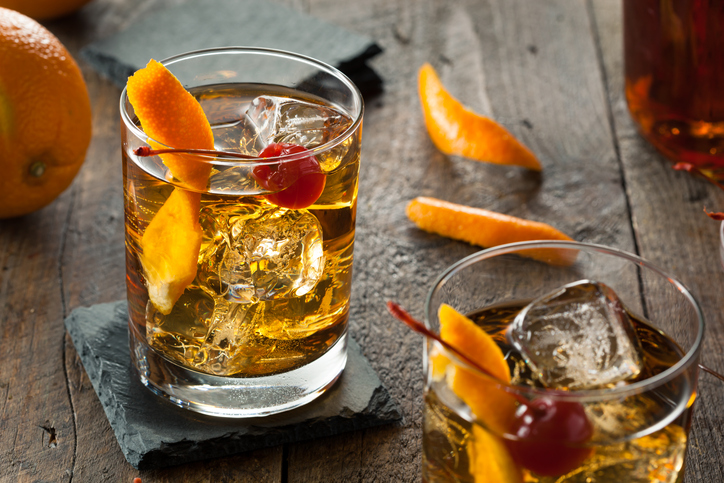 Warren Hibbert is a man for whom conviction is king. The Asante Capital founder’s enthusiasm for anything he puts his mind to – including cocktail drinking with Private Equity International on a Thursday night in Mayfair – is impressive. But then, self-belief is likely what it takes to leave the comforts of a well-paying job at an established private fund placement firm and strike out on one’s own.

I’m meeting Hibbert at the Donovan Bar at Brown’s Hotel, a stone’s throw from both Asante’s offices and MVision Private Equity Advisors, the firm he stepped down from a decade ago to launch his own placement business.

We order our drinks – an Old Fashioned and a Whiskey Sour – and break the ice by chatting about favourite places for breakfast in London. Hibbert – who admits he’s more of a breakfast guy than a late night cocktails guy – likes The Hyde, The Wolseley, The George and The Connaught. “Nice and discreet where there’s probably a dash of the private equity types but not too much,” he says with a smile.

The conversation soon turns to how Hibbert started out in private equity – a story that begins with a firm called MVision and its founder, Mounir “Moose” Guen.

“There was this Midas touch mentality where everything we put on the platform would hit hard-cap. It was all too easy,” he admits. “Complacency kills and we needed a super-focused approach to partnering with the best. Deep diligence and strategic thoughtfulness are essential and when they are missing the power of the model erodes quickly. Make no mistake, it was an incredible ride at MVision, but we needed to evolve to maintain our edge.”

Not all spin-out stories in private equity have happy endings but Asante’s is one of those that does. In the decade since it was founded the placement agent has grown from a two-man band to more than 40 staff with offices on three continents.

Asante has never failed to raise a fund it has taken on, and of its 48 funds raised only two have missed their targets, while more than 70 percent have exceeded their targets.

Much of Asante’s ascent is due to Hibbert, a machine-gun speed talking South African who’s known in the business for being one of the most switched on fundraisers around. When PEI was compiling its Rainmaker 50 list of the industry’s most impressive capital raisers, Hibbert’s name topped most sources’ lists, with competitors describing him as calm, smart, likeable, “super effective”.

To his credit, Hibbert says he owes a lot of what he learned to Guen and his time at MVision in the early 2000s – long days and weekends in the office, 3:30am phone calls and that very finance industry concept that lack of sleep is something to be proud of. “It was one of those weird things where you go, hey, I’m in banking now because I’m not sleeping,” he recalls.

Despite the crazy hours, the experience was unparalleled, Hibbert says.

“I was running deals in my late 20s. The experience, track record, I’d built up quite significantly by 32.”

“There was just a fiery confidence, which we’d got from Moose, to be fair to him. The training we got was second to none because we did everything. I was running deals in my late 20s. The experience, track record, I’d built up quite significantly by 32. He taught me the tricks of the trade but most importantly gave me massive leeway. I have huge, genuine, lasting appreciation to him for that.”

The training paid off. Asante has raised $24 billion for clients since inception, all of whom are repeat customers. The firm has closed $2 billion in secondaries transactions – an area Hibbert says the firm is going into “very heavily” on the GP-led side.

I ask whether quitting a comfortable job to launch his own firm was a scary thing to do in 2009 when the world was blowing up around him.

“Yes, it was a challenging time. And the best time,” he says. “The demand for private equity advice, when the world was upside down and our industry fragmented, was very high. If the commodity you’re selling is in high demand, and the infrastructure that you need to put together is relatively cheap, and on top of that your personal opportunity cost is at its lowest, there’s relatively little downside.”

The waiter comes with another round of cocktails and I change the subject. I want to know about a video Hibbert recorded with PEI a year before when he had claimed it had never been harder to raise a fund. Had he meant it, or had he just been espousing the need for engaging a placement agent such as Asante?

Hibbert pauses before answering the question: “It wasn’t a deliberately sensationalist comment. It’s absolutely the case and you need to box ultra-clever today.” He goes on to talk about market bifurcation – a word he admits is overused. Institutional appetite for private equity is growing but so are mega-funds. For large cap funds, $15 billion is the new $5 billion, while the smaller “high octane” funds that deliver 4x are near impossible to get allocations in.

With more than 3,000 funds in market and each LP committing to roughly eight to 12 funds each year – most of which are probably existing relationships – the eye of the needle for a new relationship is very small, he adds.

Hibbert and his team are known for taking on some of the more niche private equity firms as clients. For example, Asante has helped healthcare specialist G Square Capital beat the target of its third fund and direct secondaries specialist Headway Capital – known for complex off-market deals – raise its fourth flagship.

I ask about some of the common mistakes first-time managers make. Trying to shoot for the sky, Hibbert replies. He recounts an experience with a certain dealmaker from a big-name buyout shop who asked for advice on raising a debut fund after spinning out.

“I said don’t go out with a billion. Go out with 750 and if you can go lower, go lower to maximise the ultimate size.” The dealmaker tried to raise a billion, and it had to be a billion, got to around 300 million and raised not a penny more, Hibbert says. The firm imploded with the dealmaker’s partner returning to the buyout shop.

For established funds, the key is not to hit the market too early. “I’ve seen many a firm try to go out at 60 [percent invested] and the market goes, ‘So your fund’s at 1x and the previous fund still hasn’t sold a business. You’ve still got a lot of wood to chop and you’re asking us for money? Everyone retreats to the fence and they’ve got a three-year fundraise on their hands.”

The advice is refreshing. In a market where investors are hungry for allocations, convincing GPs to hold off on fundraising – particularly with a downturn likely around the corner – can be counterintuitive, particularly with a host of placement agents lined up at the door. It’s staying ahead of the competition that keeps Hibbert up at night. That and not imploding his business by growing too quickly, he says.

“Be a good partner to all stakeholders. You are only ever going to become a trusted advisor if you understand your clients incredibly well on a personal level. Have conviction in yourself.”

I ask two last questions as we sip our final round of drinks. Does he still catch up with Guen, and what is his advice for anyone wanting to start their own business?

“I see Moose from time to time as we cross paths in a new city. We do not do dinners or breakfasts anymore. If we’re passing each other in the corridor, we’d walk across to hug it out. Probably less so now,” he says with a wry smile.

On striking out on one’s own, Hibbert returns to his mantra of self belief. “Back yourself. Be confident in your abilities to do what you do well, and understand what you know and what you don’t know. Be a good partner to all stakeholders. You are only ever going to become a trusted advisor if you understand your clients incredibly well on a personal level. Have conviction in yourself.”

Then he adds: “That is absolutely what we are going to do on Sunday by the way,” referring to the South African rugby team’s match against Japan that coming weekend. The Springboks end up thrashing Japan and go on to claim tournament victory in a stunning 32-12 final against England two weeks later.