This article is sponsored by Development Partners International.

While Africa may be behind other regions when it comes to digital advancement, it has recently made startling progress in closing the gap. Average download speeds have doubled since 2015 and data costs have nearly halved, according to the GSMA. Data from the association also shows that mobile internet signal now reaches three quarters of the continent’s population – and covid-19 has pushed many more companies into delivering online services.

Runa Alam, co-founder and CEO of Development Partners International, is convinced that the next phase of digitalisation in Africa will allow businesses to reach more customers with more efficient operations. She tells Private Equity International that by lowering costs for the consumer, digitalisation can dramatically extend access to vital goods and services in Africa – thereby allowing companies to achieve a measurable impact across a range of metrics.

Why should fund managers in Africa focus on digital transformation?

Our investment thesis is that we invest in companies that benefit from the growth of the middle class. United Nations estimates put Africa’s population at more than 1.3 billion, and, according to analysis by Deloitte, some 350 million people are in the middle class.

However, what we have found – and this has been speeded up greatly through covid-19 – is that thanks to digitalisation, our customer base is not just the middle class anymore. According to figures from the ITU World Telecommunication/ICT Indicators database, we now have 800 million people in our customer base. Why? Because digitalisation provides a mechanism to deliver products and services in a simpler, cheaper and more accessible way.

Now, our companies can more easily deliver ‘value’ products that those below the traditional middle class can afford. For that reason, digitalisation is tailor-made for Africa.

Digitalisation in Africa is on an upward trajectory. However, compared to other parts of the world, it is not as advanced. Although Africa tends to adopt new technologies a few years later than other parts of the world, they generally become widespread very quickly after they are introduced. With cellular technologies, for example, Africa’s growth was the fastest in the world, according to GSMA data. That was off the back of business models being proved elsewhere, mistakes being learnt from, and costs coming down. We expect digitalisation in Africa to be rapid.

LPs are showing interest in venture capital in Africa and they are interested in seeing growth and efficiency through digitalisation. In a few years, when there are enough winners in the digital space, I believe expectations from LPs will go up.

When selecting acquisition targets, to what extent does DPI prioritise companies with a potential for digital transformation?

We are seeing two types of digitalisation in Africa. On the one hand, we have a venture capital industry beginning to take off and funding the first African unicorns. On the other hand, we are seeing the insertion of digital strategies in large or growing companies that are much more advanced than start-ups. A digitalised company does not have to be a start-up, it can also be an existing, profitable company where you can implement a digital strategy.

We look for companies that can benefit from two types of digitalisation: we look at companies that may be purely digital and have good growth and profitability potential, as well as companies that can have digital extensions to allow them to grow faster or become more efficient. The industries we already invest in are mostly industries that you can add a ‘tech’ to – ‘fintech’, ‘agritech’, ‘edtech’ and ‘healthtech’. That has been done through a multitude of models throughout the world and we are adapting some of those models in Africa.

Financial institutions are either becoming fully fintech or parts are becoming fintech. Then they can serve a certain type of customer not reachable either because of geography or because of income level and the cost of servicing the small loan sizes such customers require. We have invested in a pharmaceutical company that, by using digitalisation and online ordering, is delivering about 100 million packets of medicines a year, to over 3,500 pharmacies within 24 hours of the order. This has led to a large impactful and commercial gain.

To give another example – when we invested in one of Egypt’s leading retailers we identified instalment-led e-commerce as a major area where we could support its excellent team. Five years on, the e-commerce channel has grown at 74 percent CAGR, to be a $115 million business, which is rapidly evolving into an online marketplace.

What impact has covid had on digitalisation strategies?

We have seen many of our companies – especially when people did not want to go into stores – selling more online. One of the ADP portfolio companies, a quick-service restaurant, had deliveries increase by more than three times in one year. Also, a portfolio company in the education sector was given a distance learning licence at the beginning of the pandemic, so we now have an expansion of the business model to reach many students with different types of offerings.

At the beginning of covid-19, one of the ADP portfolio companies that is both a lending and a deposit-taking company in several countries in Africa had 2 percent of its transactions online. By December 2020, that had reached 69 percent. The business was already digitising, but it sped up the process as it had to keep revenues up and people did not want to go into the branches of the company. This is something we are seeing across DPI’s portfolio.

The ADP portfolio companies all stayed open (with one partially closing for two months), and we only had to retrench less than 1 percent of our workforce. By the middle of 2020, the ADP companies focused on growth and market share gains. When things opened again and there was a rebound in demand, our companies were able to take over market share.

By the end of the year, most of our companies went back to where they were before covid-19 or grew further, and that continued in the first quarter of this year.

Digitalisation relies on digital infrastructure. How much of a challenge is this in Africa?

Africa is a few years behind other continents on digital infrastructure and therefore digitalisation. However, technology tends to take off more quickly in Africa once it does arrive. When one talks about digitalisation in Africa, it is important to keep in mind that most Africans go online through their phones – which are ubiquitous. A large portion of the African population has a phone, some have many, and they are receiving not just voice, but also data.

Now, the growth rate of connectivity by phone is the same as in the US in many parts of Africa, according to GSMA figures. As fibre and other connective infrastructure is extended to rural areas, that is going to become more and more the case.

In terms of data load, there are a lot of opportunities around the build-out of fibre, last-mile solutions, and cable landing in more countries in Africa. With such extensions being done, we see even more growth in digitalisation. With early cable landings in places like Lagos, Cape Town and Nairobi, tech hubs already exist in those locations. Tech hubs are also thriving in Cairo, Accra and Abidjan. With more landing sites and with more fibre connections coming online, more business models can be created around technology.

Can you describe how digitalisation contributes to DPI’s impact themes?

DPI’s impact framework is divided into three themes: gender balance; job creation and enhancement; and climate change. We also have a fourth impact theme that is specific to each one of our investments. The themes cover more than 10 of the United Nations Sustainable Development Goals.

The work on these themes can be advanced by digitalisation. Gender equality is particularly important for DPI, as our fund has been chosen as the flagship fund for the 2X Challenge, which is the gender-balance initiative set up by the development finance institutions of the G7 countries. With digitalisation, we can reach more women through digitised microfinance helping to build businesses, or to help women educate themselves or their children. We can deliver products to women faster and more cheaply through digitalisation and provide improvements in healthcare and education that benefit women.

This matters even more today as covid-19 affected the income of most Africans. Thanks to digitalisation, those with lower incomes might now find it easier to get affordable goods and services along with loans which might improve their economic standing. 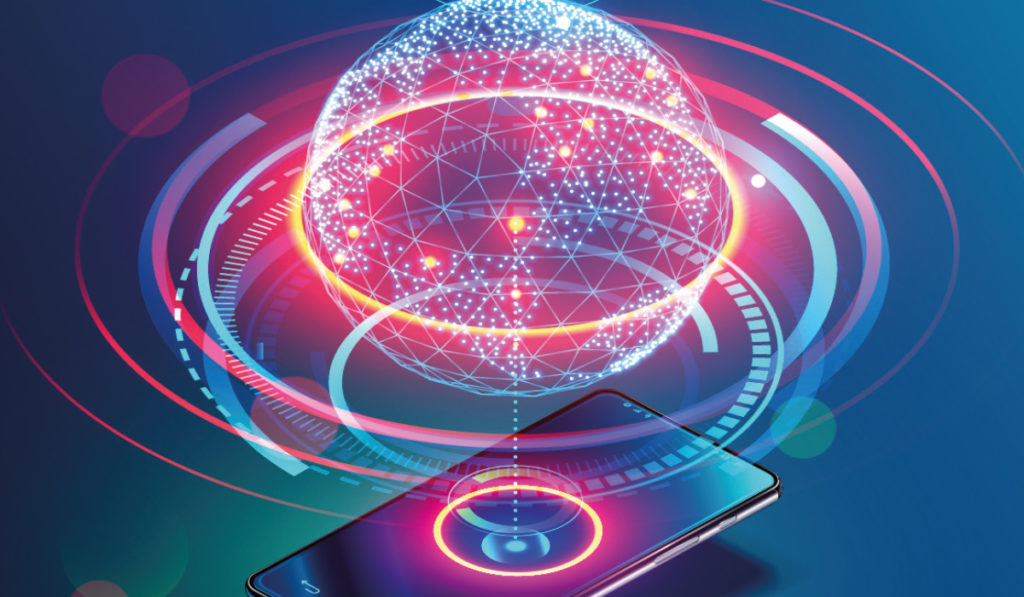 How can digitalisation lead to impact?

Digitalisation in Africa is not just for commercial gain – though it will generate more profits and higher returns. It is also impactful.

The traditional approach to digital transformation is, broadly speaking, either about efficiency or about growth through the extension of the customer base. But another way to look at digitalisation is that it lowers delivery cost, and this, when intentionally combined with value products targeted to lower income groups, can deliver goods and services to underserved lower income groups.

DPI’s funds are invested in two financing companies which are now lending to more customers, and to more lower income groups through fintech – notably to groups of lower income women. DPI has helped create the first pan-African pharmaceutical company, which aims to reduce the cost of medicines to the consumer in Africa by 50 percent, as well as get therapeutics to parts of Africa where they are not available now. Another ADP portfolio company is making payments to farmers online. This has sped up delivery of cash to farmers, and it can help with decision-making related to when to purchase farming inputs.