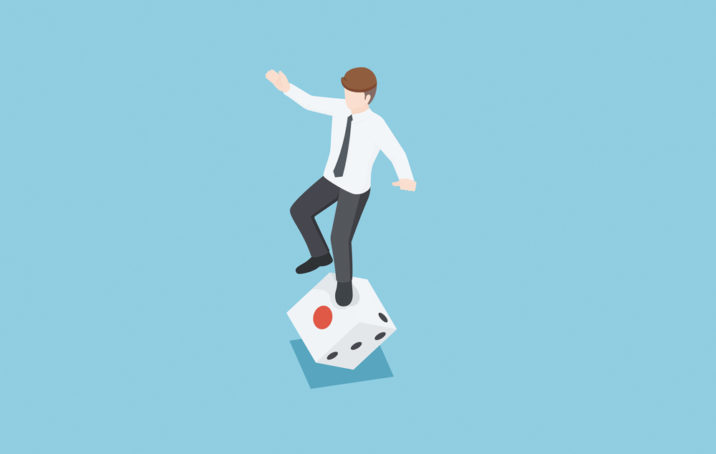 The topic of leverage has become increasingly important and the subject of much debate and comment in recent years, particularly its use by general partners at the fund level.

Fund-level leverage can be the subscription-line type – secured on undrawn commitments and typically used only within the investment period – or of a more structural type, cross-collateralised on net asset value and used at any time during the fund’s life. This area is laden with agency issues – where GP and LP interests can meaningfully diverge and where implicit and explicit contractual arrangements lack clarity on what is appropriate.

Subscription lines especially have grown in popularity, and expanded far beyond their initial deal-related short-term bridging function. They present limited partners with two main questions. How do you benchmark performance across funds that use such lines more aggressively, less aggressively or not at all? And what guidance do you give GPs on their use?

The answer to the first question is conceptually straightforward. LPs can simply ask for the unlevered cashflows during diligence and use these to calculate fund performance. These are the cashflows that would have arisen without a subscription line, with capital assumed to be called from LPs on the dates upon which the line is drawn and capital calls used to repay the credit line omitted.

Practical challenges arise in getting these “adjusted” cashflows from GPs in an easy-to-use form. Particularly in the early screening stages, the time involved in carrying out this exercise may be too significant relative to its value, in which case LPs at least require a sense of the directional impact such leverage will have on performance benchmarking. Many LPs are finding it challenging to carry out initial diligence at a level of detail that allows them to do this.

GPs do not adjust their preferred return calculation for leverage. This is significant because the use of subscription lines early in the fund’s life will, in normal market conditions, boost observable internal rates of return and meaningfully reduce the chances of a fund falling below the preferred return, making the economic benefit to the GP potentially significant.

Subscription lines: A cost or a benefit?

In benign credit environments, the explicit cost to LPs of subscription lines is typically very low, as they take advantage of the high-quality and well-diversified credit risk associated with undrawn commitments. One could even argue that in the most benign credit environments, like those we have experienced recently, these lines may be mispriced and are attractive from a value standpoint. Appropriate use can also simplify administrative logistics for LPs by facilitating periodic aggregation of capital calls for deals that have closed or are sufficiently advanced to provide a strong line of sight on closure.

But the practicalities of underlying investor behaviour quickly begin to distort the picture. The benign view of subscription line use assumes that investors are efficiently investing their undrawn commitments until required and not sitting with excess cash. This may not be an accurate assumption for many smaller family-office-type investors or indeed for some larger institutional investors, which frequently hold their undrawn PE allocations in cash or very short-term liquid form, earning today a very low or even negative return.

Further, in any potential future period of significant economic or market turmoil, calls by lenders on subscription lines across funds have potential to place a significant short-term liquidity burden on LPs. It is not clear that investors today have sufficient transparency on the use of such lines or underlying lenders’ terms attached to the lines to allow them to manage such risk appropriately.

If GPs feel the use of subscription lines is appropriate and in LPs’ interests, which is a question that should be assessed very carefully and with a clear fiduciary mindset, it should be subject to five tests:

• The GP viewing the cost of such lines as attractive;
• The size of any line is limited to a reasonable percentage of undrawn commitments – say 20-50 percent – used only during the investment period, with any single use generally left outstanding for no more than 12 months;
• Full GP transparency on use and key lender terms in reporting, both ex-ante and ex-post, with the explicit upfront support of the preponderance of their investor base;
• Ensuring that they have the ability to present performance on an ongoing basis and cashflows in subsequent fundraising on both a levered and unlevered basis.

Finally, on the subject of structural leverage: LPs will rarely want to encourage this. There may be situations where unusually cheap leverage is available at the fund level, or perhaps where a mature portfolio is highly under-levered and it is difficult to re-lever at the portfolio company level, for example in certain types of secondary transactions, but these will be rare exceptions.

Not only does structural fund-level leverage tend to materially increase equity risk in the longer term when imposed on top of company-level leverage, but the cross-collateralisation will often lead to a less diversified portfolio. This can be material to fund-level performance, and by extension, GP stability.

The direction of travel on credit line use

In July, sister title Private Funds CFO published a roundtable discussion on credit facilities. Here are the headlines and soundbites

On tenor…
Michael Robin, Citi Private Bank’s head of financial sponsors, said: “In our portfolio, which consists of roughly 400 funds, if an LPA does limit the tenor of an advance, the most common limiter is 12 months, followed by six months, while three or nine months are the outliers. A very significant proportion – I’d say close to half of the funds – have no restrictions at all.”

On UBTI…
Triggering UBTI is, for some firms, the main reason to clear the facility sooner rather than later. Firms are still feeling their way in terms of what length of time will trigger UBTI. Saw Mill Capital CFO Blinn Cirella said: “As we become more comfortable with using the credit line and fully understanding the UBTI ‘triggers,’ we have held the line out past 90 days in some cases. It still makes me a little nervous, as the rules surrounding UBTI are complicated, so I always double-check with our tax advisor to be sure.”

On LP demands for unlevered data…
GPs are going to have to work out how to present performance data with the effect of the facility stripped out. Blue Wolf CFO Josh Cherry-Seto noted: “It is not such a simple exercise and I don’t think, if calculated honestly, the results would be favourable.”

On who gets credit…
First-time funds tend to have a lot of non-institutional limited partners, which “can make it more difficult to secure a facility initially until a track record is established,” said Alter Domus managing director Timothy Ruxton.