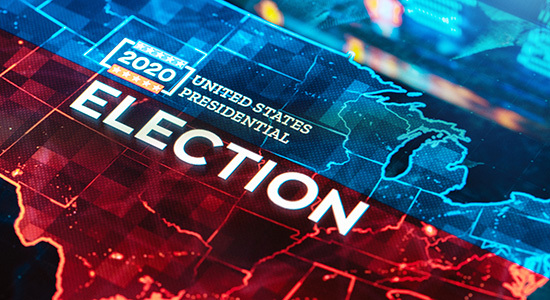 Despite broader business concerns, private real estate’s largest manager is not worried about a so-called “blue wave” in next week’s US federal election.

While a higher corporate tax rate and increased regulations would be headwinds, Blackstone president and chief operating officer Jonathan Gray said the firm is positioned to benefit from other parts of the Democratic platform, should the party win control of the White House and both houses of Congress. Direct aid to cities hit hard by the pandemic and an accelerated shift to renewable energy would be a boon, he said.

“Infrastructure, where we have a large fund, could certainly benefit renewables where we’ve been quite active,” Gray said Wednesday during Blackstone’s third-quarter earnings call. “And then some of the urban centres like New York and San Francisco, where there are fiscal challenges, you could see more funding coming from the federal government, which would be helpful.

“So, we look at it and say, yes, we recognise there’ll be challenges, I think we still have to wait and see how the election turns out. But we feel confident about the business regardless of what comes out of this particular election.”

One of president Donald Trump’s top achievements in office has been his reduction of both taxes and regulations. In 2017, he signed the Tax Cuts and Jobs Act into law, slashing the corporate rate from 35 percent to 21 percent, among a multitude of other reductions.

Michael Chae, Blackstone’s chief financial officer, said a corporate tax hike to 28 percent would result in an average annual dilution in earnings in the “low single digits” for the next several years. “And at the portfolio level, I think the short answer is, the long-term impact of corporate tax changes will be mostly reflected in market multiples and how they take into account tax rate changes and all the other factors,” he said.

The Trump White House has also prided itself on its rollback of various regulations, particularly those impacting the environment, health and labour. The Brookings Institute, a Washington, DC think tank, has tracked 255 regulatory amendments under the current administration since October 2017.

Biden, meanwhile, has made climate change a central theme of his campaign and hopes to achieve net-zero emissions in the country by 2050. To do this, he has pledged to introduce a host of new standards and enforcement mechanisms by the end of his first term. He has also called for a $1.7 trillion federal infrastructure spending program that could swell to $5 trillion of investment when coupled with private partners.

Gray said Blackstone’s expertise in infrastructure and real estate position it well to participate in such public-private partnerships. “There’s a need for capital, there’s a need for operating expertise,” he said. “And given our team and our capital, I think we can do some interesting things.”

Asked how Blackstone would approach sustainable investing under a more progressive administration, Gray said the firm would initially rely on existing real estate, infrastructure, private equity and credit strategies to access this space, but he left the door open to launching a new, designated platform.

“It’ll probably come from our existing platform and existing verticals,” he said. “Overtime, as we develop track records, is it possible we create something more dedicated because of the huge capital needs in the space, particularly in a different administration? That’s a possibility. For now, I think it’ll come out of our existing areas. And so far, of course, it’s been a very good place to invest.”