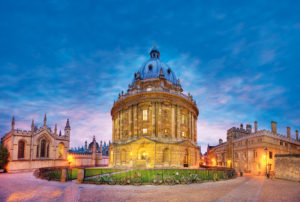 Under pressure from activists Fossil Free Oxfordshire to divest from all its fossil fuel holdings, the Oxfordshire County Council Pension Fund is formulating a new climate change policy.

In November, the £2.5 billion ($3.3 billion; €3 billion) fund with a 7.2 percent allocation to private equity invited a diverse group of activists, climate experts, fund managers, students and representatives from Brunel Pension Partnership, a £30 billion local government pension pool of which OPF is a member, to participate in a climate workshop. Brunel plans to release its own climate policy early this year.

“There was a surprising degree of consensus,” says Sean Collins, service manager (pensions) at Oxfordshire County Council, who expects continued focus on the issue in the year ahead. “We’re not only doing this because we’ve been shouted at, but the protesters have helped our thinking. There’s been a recognition we need to do more and be more transparent and work with others including FFO to develop a policy.”

However, he maintains that divesting from fossil fuels entirely means the fund hands over its influence to less responsible owners. “The issue goes way beyond public market [fossil fuel investments],” he adds. “You can’t have a policy to divest and say, ‘We’ve done our bit.’ We have to invest in industries that are going to help sustainability.”

Key takeaways from the meeting noted a pension fund committee report including recognition that “the risks posed to our investments by climate change are real, and that the financial system can and should do more to address these risks”; the aim to “contribute to a low-carbon world, consistent with a maximum 2 degree [global warming] scenario”; and the need for collaboration, timescales, accountability, better metrics and clear targets, as well as improved stakeholder communication.

The working group established to draft the new policy is due to deliver it ready for review in March, ahead of its formal adoption in June.