The European M&A market was particularly active in 2017 and the trend has continued in 2018, with a high level of investments by foreign funds.

Funds investing in France may face the hurdle of getting through the French Minister for the Economy’s review to obtain prior approval for foreign investment and the French Competition Authority’s merger clearance process.

The Minister for the Economy can nullify the transaction and order the fund to have the pre-investment situation restored. He or she can also impose a fine as high as twice the amount of the unlawful investment. A bill (called ‘PACTE’) is currently being discussed to expand the Minister’s authority to impose fines as high as 10 percent of the annual turnover of the target, or a €5 million fine, if it is higher (and therefore more of a deterrent) than twice the unlawful investment.

The ‘Montebourg’ decree of 14 May 2014, considerably broadened the scope of the French foreign investment control.

Applications for prior approval must contain comprehensive information on the investor, including – if the investment is made by an investment fund – the identity of the entities managing and controlling that fund. The Minister for the Economy must issue his or her decision within two months of receiving a complete application, failing which he or she is deemed to have approved the investment.

These requirements apply to investments in an extremely broad range of sectors, from encryption solutions to activities carried out by security clearance recipients or contractors of the French Ministry of Defence in certain sectors. They also apply to other activities that are critical to the protection of national interests in terms of public policy, public security or national defence, including energy, water, transport, electronic communications, vital infrastructures and public health.

In any case, the PACTE bill would expressly extend the foreign investment control regime to the sectors considered as strategic, such as semiconductor manufacturing, space, drones, and, if related to national security, artificial intelligence, cybersecurity, robotics and massive data storage.

The Minister may condition his or her approval on commitments from the investor to mitigate any perceived concerns. In practice, there is very little room for negotiation of these commitments, although the Minister has to make sure they are proportionate to the interests at stake.

What are the criteria for determining whether a deal requires merger clearance?

A private equity transaction requires merger clearance only if it results in a change of control of the target and if the parties’ turnovers exceed regulatory thresholds. These two criteria apply to all types of acquisitions, but they operate in a specific manner in the case of private equity deals.

For the first criterion, not all acquisitions result in a change of control within the meaning of competition law, as the target may remain under the exclusive control of an industrial co-shareholder which, because of its knowledge and experience of the industry, is to retain the operational and strategic control of the target.

This criterion is met only when the acquisition enables the private equity fund to exercise, alone or with others, decisive influence over the business of the target.

For the second criterion of exceeding turnover thresholds, it must first be determined which entity’s turnover is relevant.

In general, competition authorities consider that even though it is the fund that acquires the stock and voting rights conferring control over its portfolio companies, control – within the meaning of competition law – is actually exercised by the asset management firm that created the fund, not by the fund itself, except in rare cases.

This is due to the organisational structure of investment funds, where the asset manager controls the main partner in the fund or has entered into consulting agreements with the fund or its investors for the management of its portfolio companies, so that the fund is merely an investment vehicle.

In these cases the relevant competition authorities could condition their approval upon mitigating commitments from the acquiring fund. For instance, in 2017, the European Commission conditioned its approval of the acquisition of Intrum Justitia by Nordic Capital after the fund committed to selling all controlling interests in businesses competing with the target’s own debt collection and debt buying operations in several countries. 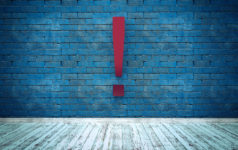 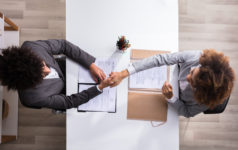 Investors 14 hours ago
Added to your Saved Articles
Loading
Unsave Article
Please confirm you would like to remove this article from your saved articles.
Share with other subscribers
Only logged in subscribers of this site will be able to access the shared article.