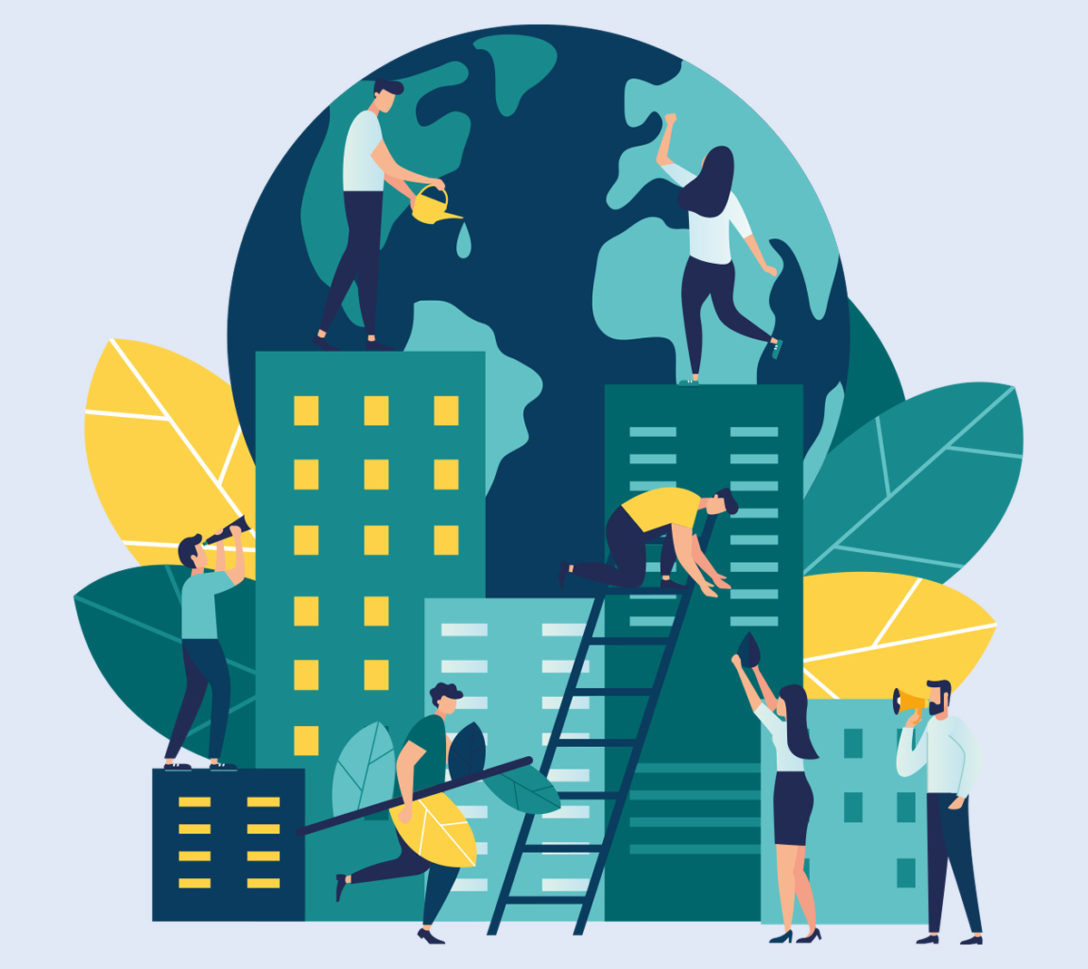 The proportion of general partners planning retirement as their next career move leapt by almost 13 percentage points in the wake of the covid-19 outbreak in March last year, according to Investec’s annual GP Trends report. The survey captured sentiment both immediately before and after the pandemic struck. It is not hard to see why. Faced with one of the most unpredictable and potentially catastrophic economic downturns in memory, those who have already amassed their fortunes may feel they no longer have the stomach for the fight.

As senior managing partners prepare to bow out gracefully, their junior colleagues, spanning the later years of Gen X and the early millennials, remain both bright eyed and ambitious. Unbruised by the fallout of the financial crisis, they know only that market disruption brings opportunity. Whether they are in line for succession at their existing franchise or see the chance to set up shop on their own, they are excited at the prospect of taking the reins. Critically, however, their ambitions are not restricted to monetary gain. They are also looking to wield their power as a force for environmental and social good.

Of course, these are wild generalisations that will have riled those on both sides of the generational divide. There are baby boomers that remain as hungry as the day they completed their MBA and who are vehemently committed to improving the world in which we live through the power of private markets. Equally, not all those born after arbitrarily imposed cut-off dates have been imbued with the natural sense of beneficence the media has bestowed upon them.

That does not detract, however, from the fact we are living at a pivotal moment in history. A surge in social and environmental consciousness that has embraced everything from climate change to racial and gender inequality has coincided with a devastating global pandemic. Add to that a potential changing of the guard, and it is clear private equity has a unique opportunity to step up its approach to responsible investment.

“Succession planning is underway at many alternatives firms where current leaders have been in longstanding roles,” says Russell Reynolds Associates private equity consultant Jeff Warren. “The emphasis on hiring leaders who embrace responsible investing will only accelerate over the next few years.”

“For those who are coming up through the ranks, it is not all about capital gain. It is about being responsible and being sustainable,” adds Guy Townsend, joint chief executive at Walker Hamill. “That will ultimately translate into a driving force, shaping the industry.”

Shaping an industry, however, takes time. There can be no doubt the process has begun. The proliferation of chief ESG officers, rigorous management and reporting methodologies and the creation of impact arms at the biggest firms are just some of the manifestations of this journey. “It started with a few groups becoming UN PRI signatories but has since gone wider and deeper, so that most firms have at least a responsible investing policy and many have a framework that embeds ESG across the deal cycle and allows them to monitor and report on progress against benchmarks,” says Janet Brooks, partner at Monument Group.

Russell Reynolds consultant Kurt Harrison agrees: “Private equity firms are well beyond the stage of waking up to this new reality. It is embedded into their capital raising, investment and portfolio management processes.

“The largest alternatives firms, in particular, are keen to hire professionals in all three of those functions that have held core beliefs in environmental or social concerns before they were interested in private equity as a potential career.”

It seems inevitable covid will accelerate this process. “Adherence to responsible investment best practice has really picked up steam since the onset of the global covid-19 crisis,” says Antoine Dréan, founder and chairman of Triago. “Social impact was a bit of a poor cousin to governance and environmental best practice, arguably right up to the outbreak of the pandemic. But it’s really moved to the fore as both LPs and GPs have inevitably focused on the heightened suffering tied to the coronavirus. It’s turning what was previously lukewarm commitment to doing well by doing good into something intense.”

Nonetheless, truly changing the culture and ethos of an existing manager is, almost always, a gradual process. There have been firms, in the venture world in particular, that have taken concrete steps to redefine themselves as providers of solutions to global problems, whether that involves saving lives through healthcare investment or feeding the hungry with sustainable farming.

“These are traditional managers that have reorientated themselves, almost changing their mission statement, which is quite new,” says Gabrielle Joseph, head of due diligence and client development at Rede Partners.

It is, however, far easier to make those kinds of bold, responsible investment statements when starting from scratch. According to Joseph, for example, the new groups that Rede works with are invariably looking to build diversity in at the highest level from the outset. “That has been a complete change in the past few years,” she says.

This is largely in response to LP demands. Emerging managers must differentiate to succeed, and they must excel on ESG.

Townsend agrees. “LPs may be forgiving of a firm that has been around for decades and needs time to adjust, but they are not going to support a brand new manager with a lineup of 10 middle-aged, white males.”

That is not to say there have been a stampede of new managers holding themselves up as ESG exemplars, but there are a growing number of such firms entering the fray. Summa Equity Partners launched in 2016 with the stated strategy of aligning investments with the UN Sustainable Development Goals in the mainstream Nordic lower mid-market, a philosophy that quickly gained traction with LPs.

“Private Equity 1.0 created value through financial engineering in the 80s, moving to Private Equity 2.0 and operational improvements in the 90s. Then Private Equity 3.0 in the 2000s saw firms become institutionalised and start to add value, expanding into different asset classes and new areas of expertise,” explains Summa’s head of IR, Hannah Gunvor Jacobsen.

“However, in recent years, we have seen externalities start to matter, as firms realise that companies that create a negative impact, or which are at higher risk of being impacted, will see their profitability and market values fall accordingly – and vice versa with those that are positively correlated with externalities. Consequently, the future lies in transitioning to Private Equity 4.0, where value is created through having a positive influence, environmentally or socially, while reducing risk through management of ESG factors.”

Other notable examples of firms created with a distinct sense of purpose in mind include healthcare specialist ArchiMed Partners, which launched a dedicated philanthropic arm, the Eurêka Foundation, alongside its main business from the start.

“One of our principal goals in launching ArchiMed was to leverage our network and experience as business builders to improve people’s lives in sustainable ways,” says ArchiMed managing partner Vincent Guillaumot, who also chairs the Eurêka Foundation. “We do that initially by supporting companies operating in medical industries, both financially and strategically. Then through Eurêka, we commit a significant portion of our capital gains to philanthropic projects.”

In Japan, mid-market firm NSSK was founded with ESG embedded into its mission statement, including the aim of tackling the country’s gender inequality problem, while also launching impact funds alongside its core product; hiring a chief philosophy officer to ensure good corporate citizenship; and using an employee happiness index to help drive financial and social outcomes at portfolio companies.

Still in the launch phase, meanwhile, two consumer investors – Vish Srivastava, formerly of Bluegem Capital Partners, and Tracey Huggett, formerly of MidOcean Partners, Terra Firma and NEO Investment Partners – have left their legacy firms to create Future Business Partnership, which is currently in the market raising funds to back ethically attuned brands, offering “growth without compromise and sustainability without sacrifice”.

It is not only the GP community that is experiencing this generational shift. The motivation behind private equity’s ultimate client base is changing rapidly. Today’s millennials – which account for around a third of the global population – stand at the threshold of their peak saving years and maintain a strong belief the companies they invest in should be part of providing solutions. Indeed, in a recent survey conducted by the deVere Group, 77 percent of millennial investors said ESG issues are their top priority when assessing investment opportunities. Pressure to enhance responsible investment emanating from limited partners is only going to increase.

Ideals as well as profit

Meanwhile, the entrepreneurs that private equity firms are backing often fall firmly in the idealistic millennial bracket, not least in the technology and consumer brand sectors that are proving so popular with the asset class today. “Responsible investment is a vitally important topic for management teams, particularly in start-ups,” says Townsend. “These companies are being run by younger and younger people and there is no doubt that a strong and visible ESG angle could make the difference in which firm wins a deal.”

It seems inevitable, therefore, that we will begin to see a virtuous circle emerging, that will transform the face of the industry. “Young talent are demanding more meaning from their careers and want to do more than just earning money,” says Jacobsen. “As these young professionals move through the ranks and start to set up their own firms, taking a more responsible approach to investing will become a much more natural part of private equity.”

“A greater emphasis on responsible investing has undoubtedly been influenced by a generational changing of the guard,” adds Dréan. “The brash pioneers of what was a freewheeling investment fringe have given way to a new generation that’s much more aware of private equity’s image and its potential to be a significant force for good – even as it makes double-digit annual returns.”