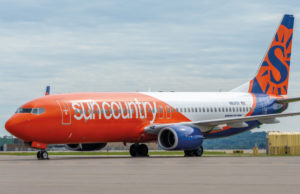 Apollo Global Management pulled off a significant feat by making a success of struggling airline Sun Country, especially during a time when travel was restricted. In 2018, investment funds managed by Apollo acquired the airline, which was initially focused on offering a premium product competing for business customers. Apollo set out to change this business model by transforming Sun Country into a “lean, focused, tech-forward low-cost carrier spanning multiple business lines”, that would include passenger leisure, charter and cargo services.

To do this, the private equity firm focused on helping Sun Country recruit a new management team, greenlighting $200 million of investments to fund the transformation, and utilising its Apollo Portfolio Performance Solutions team to assist with the transition to digital.

Apollo also helped the company reduce its cost base through a variety of initiatives, including switching the aircraft fleet from expensive leases to a more cost-effective ownership model. This resulted in a 20 percent reduction in unit costs from 2017 to 2019.

The reduction in cost base allowed Sun Country to lower fares, fuelling a 43 percent rise in passengers as well as 25 percent revenue growth during the same period.

The $200 million investment in aircraft, interiors and IT systems aimed to enhance customer experience by positioning Sun Country as a premium product relative to ultra-low cost carriers. Apollo also helped Sun Country unbundle its products, such as baggage and upgrade fees, and redesign its mobile booking platform, resulting in ancillary revenue growth per passenger of over 60 percent from 2017 to 2019.

In addition, Apollo helped Sun Country transition its route map from a business-focused network to one that prioritised leisure. Alongside this, the airline expanded into cargo with a 10-year contract with Amazon, which commenced in 2020. This partnership proved critical in helping Sun Country navigate the coronavirus pandemic, and the cargo contract was later extended from 10 to 12 aircraft following its successful launch.

Sun Country went public in March 2021 in an IPO that priced above the top end of the range and raised approximately $251 million.

The judges praised the transformation of Sun Country, citing it as “an excellent example of a massive operational turnaround”. They commended Apollo for the innovative approaches it took to drive growth, particularly through the pandemic, including its work in repositioning the airline, investments in technology and equipment, and the addition of new business lines.