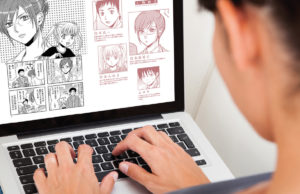 After acquiring Bunkasha Publishing in April 2017, Nippon Sangyo Suishin Kiko embarked on the digital transformation of the print-based Japanese publisher, which specialises in manga comics and magazines aimed at women.

By implementing a range of changes across strategy, business processes, leadership, education and training as part of NSSK’s Value Up Programme, the publishing company pivoted from its traditional focus on paper products, growing digital revenues by 16 percent CAGR. It also saw EBITDA rise by 14 percent CAGR and EBITDA margins improve from 14 percent to 23 percent over NSSK’s three and a half year holding period.

The Japanese GP set up a new digital division at the company to help execute the digital transformation strategy, recruiting executives with e-commerce experience as well as promoting in-house female talent to key digital roles.

Indeed, improving gender diversity is a key focus for NSSK across its portfolio and Bunkasha was no exception – over the course of its investment, the proportion of women employed by the publishing company increased from 46 percent to 57 percent and the proportion of female managers grew from 22 percent to 29 percent.

The move to digital also included the launch of a new manga app, Manga Yomonga, which publishes both digitised paper manga comics and comics developed directly for a digital format.

NSSK helped the company lower its printing and paper costs via monitoring and cost control initiatives. In addition, the firm turned to data analytics to more accurately forecast demand levels, which enabled it to reduce returns of unsold inventory.

The reduction in paper use formed just one element of a 33-strand ESG programme, around which Bunkasha set specific key performance indicators with the support of NSSK.

As one judge noted, NSSK executed “an extremely interesting operational transformation of a traditional industry leader”. The judging panel also praised its focus on innovation and ESG.