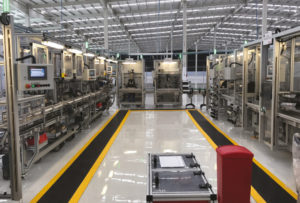 KPS Capital Partners created Chassis Brakes International to acquire Robert Bosch’s foundation brakes business in 2012. This was based on its track record of investing in global manufacturing businesses, including in the automotive industry, and of improving their performance, nurturing constructive relationships with unions, and saving and creating jobs.

Having acquired a collection of assets that KPS valued at almost €600 million for just €88.6 million, and with Bosch receiving no cash consideration at closing, KPS embarked on a radical business transformation. First, it was faced with a complex global carve-out that saw CBI exit all manufacturing facilities previously shared with Bosch. Netherlands-based CBI opened four new, state-of-the-art manufacturing facilities in Poland, China, India and Mexico, and built four R&D and engineering centres in Germany, India, the Netherlands and China.

Growth was also central to KPS’s investment philosophy. Under the firm’s ownership, CBI expanded and diversified its revenue base through new business wins that increased market share with key customers, expanded the company’s customer base and extended its reach overseas. Indeed, between 2011 and 2018, CBI increased annual new business wins by around €600 million, experienced record new business wins for five consecutive years and built a robust order book, positioning the company for future growth.

In particular, CBI successfully grew its operations in China. Chinese revenue increased by over 66 percent, while simultaneously improving adjusted EBITDA margins by around 690 basis points between 2012 and 2018. In addition, CBI built a new assembly facility and engineering centre in North America where it had previously had no presence, taking market share from key competitors and building revenue to nearly €100 million in three years.

Overall, CBI materially increased adjusted EBITDA under KPS’s stewardship, from €1 million at acquisition to €86 million at the end of 2018, with EBITDA margins rising from 0.1 percent to 9.2 percent.

“This is a remarkable case of business transformation, investing in new products and of growth,” said the judges, who scored the deal exceptionally highly for innovation.

“There was a complex carve-out resulting in the creation of eight new facilities supporting multifaceted business improvements.”