This article is sponsored by Permira.

What are the major disruptive tech trends creating opportunities today?

Brian Ruder: Cloud technologies and software-as-a-service (SaaS) business models, although not new, have reached a real tipping point and our primary software efforts are focused in this area. That can either involve native product champions in a SaaS world, or cloud transition stories where we pivot a market leader into a SaaS model.

The other key trend is data dominance. That means using open-source or proprietary data technologies to capitalise on and make actionable the data already inside an organisation. We think that is a real game changer in terms of how value will be created within our portfolio companies in the next five to 10 years.

Richard Sanders: Transition to the cloud has huge implications for all kinds of industries. In the past, in order to launch a technology company, you had to buy servers and routers, put them in the basement and write code to your own hardware. It was a capital-intensive business.

Now, you can pretty much start a company with a credit card. The capex is paid by Amazon, Google or Microsoft, and new development technologies mean that code updates are continuous. The vast amount of capital that has been raised for SaaS and other cloud-based companies can be spent on real R&D and sales and marketing, instead of basic infrastructure. That has created a new generation of efficient and highly disruptive businesses.

Which sectors do you see as being most disrupted?

RS: The first sector to be disrupted was media – newspapers, music and more recently TV. Retail is another obvious example. Financial services are to some extent protected by regulation, but nonetheless, fintech companies can innovate so much more quickly than banks running legacy systems.

In 10 years’ time the financial services landscape will be completely different to today. Heavy asset industries like oil and gas will probably be the slowest to transform, but really there are no sectors that will remain unaffected.

BR: In almost every sector there is now a top 10 player which would emphatically say its core competency is technology. That was not the case a few decades ago. It might be someone obvious, like Amazon in retail or Apple in handsets. But, increasingly, we see the same thing happening in other areas. It is an inexorable trend.

What do you look for in prospective technology investments?

BR: I would say that excellent products and product development capabilities are a must for any company we look to back. We don’t think you can fix a broken product strategy in five years.

Good, growing markets would be next. The combination of great products in good to great markets is where we like to play. Then we look for something that we can do differently, something that hasn’t been done before.

This may often involve a business with an under-optimised sales and marketing operation, a public company that has been shackled by the short-termism of the public markets, or a division of a much larger company with totally different strategic priorities. In all cases: great products, but with something to tune and accelerate going forward.

RS: Market leadership is important. There is a winner takes all, or winner takes most, aspect to technology investing.

A dream deal would be a market leader in a growth segment that has been badly managed; or one where an unstable ownership situation has provided an opening for our funds to acquire it. Those are the types of situation we love to see.

What challenges do investors face investing in fast-changing technology?

RS: Our industry has historically been focused on profitability. Private equity has always valued cashflow and the ability to leverage that cashflow. If you are trying to build market leadership in a high-growth environment, the need to continually innovate and invest can be more important than generating cash.

Indeed, some of the best businesses become more valuable by re-investing that cash in product and behind favourable unit economics. Future acquirers want to see well-invested companies.

I think PE investors have sometimes been slow to embrace that shift, but it is dangerous to ignore. There are companies that have lost their leadership position because of failing to invest sufficiently in a great product.

BR: Our job is to grow the equity value of the businesses we invest in. Sometimes that is correlated with growth in underlying profitability, but not always. As Richard says, we care a lot more about outstanding unit economics than we do about the bottom line.

Take Magento. We carved that business out of eBay and pivoted it to a cloud model. We took profitability right down by investing in that transition and it worked out fantastically. We sold the company to Adobe as its e-commerce platform and I can assure you that the current profitability of that business had no relation to how Adobe looked at the price to pay.

The other important ingredient in a strong exit is creating an engine of product development. Take Informatica, a market leader in enterprise cloud data management which we took private in 2015.

More than half of new bookings at that company today are from products launched since it went private. That’s the kind of story that plays well with both public markets and strategic buyers which are looking for an innovation cauldron, as well as raw revenue growth.

What opportunities are there to support portfolio companies in legacy industries that are looking to embrace tech advances?

BR: There are lots of opportunities to unearth value in companies sitting at that rich intersection between technology and our other four sectors – financial services, industrial tech and services, healthcare and consumer. Klarna is a great example. That is a regulated bank in Sweden, yet it is also an online payments disrupter.

RS: Other examples would be the e-commerce platform in Poland, Allegro, or also The Knot Worldwide, which we created by combining two companies to create an online one-stop-shop for wedding planning. These new business models are emerging in all different verticals, using cloud-based technology, improving the customer experience and driving efficiency.

What does the prospect of an economic downturn mean for technology investment?

RS: The best companies in this sector tend to be largely acyclical as they are on the right side of long-term secular disruptive trends. Their business models typically combine wonderfully defensive recurrent revenues, together with plenty of growth upside. A lot of these companies will continue to grow healthily in an economic downturn. At the same time, we would actually welcome a valuation correction because the market today feels somewhat overheated.

BR: Every single tech company that Permira backed – that existed before the financial crisis – grew revenues straight through 2008 to 2010. It has become the best defensive segment for our funds to invest in and so we remain net buyers of technology even today.

Which nascent tech trends do you think will prove most disruptive over the next 10 years?

RS: The obvious one is artificial intelligence. There is a huge amount of hype around AI at the moment, but there is also a lot of misunderstanding about what it actually is. Much of what is being described as AI is really just sophisticated BI – business intelligence. It uses big data in a way that is largely rules-based but does not actually use machine learning.

It is clear that the sophistication around these technologies is going to increase significantly and, at some point, AI will have big implications for a whole range of businesses. It will be interesting to see how it develops but it’s not an investment theme per se we are actively pursuing today.

BR: The effective deployment of technology that exists right now, around the cloud and data, is going to have a more material impact on the companies we invest in over the next 10 years than emerging technologies. We always keep an eye on what is around the corner, but while AI is interesting, the impact it will have is dwarfed by the broader adoption of technologies that are already commercially available.

TeamViewer: More than an IT support platform

TeamViewer, a leading global connectivity platform, was a division of GFI Software when Permira first acquired it in 2014.

“It pressed a lot of our buttons,” says Sanders. “It had a great product. It was a clear market leader in remote-control IT support and it had fantastic unit economics – the acquisition cost versus customer lifetime value was at a ratio we had never seen before.”

At the point of acquisition, however, TeamViewer did not have a true recurring revenue model. Customers bought perpetual licences but did not sign contracts to tie them in. Nonetheless, Permira was able to analyse 10 years of historical cohort behaviour to establish that while the revenue model was not contractually recurring it was sufficiently statistically recurring for it to underwrite future growth.

“When we acquired TeamViewer it was, in many ways, an overgrown start-up,” recalls Sanders. “The business was throwing off €80 million of cashflows but didn’t have the processes and systems we are used to. It was outsourcing its finance department to its parent, so there was a huge amount of work to be done.”

Once systems and processes were in place, Permira set about building value. First, the firm transitioned the business model, so that products are now sold on subscription.

“It sounds straightforward, but changing a model that was already working well took some guts,” says Sanders. “It’s not something that could ever have been done as a public company.”

Having analysed TeamViewer’s customer base, Permira also helped dramatically expand its addressable market. “We found retailers using TeamViewer to shut down POS terminals and companies using it to control snow cannons,” recalls Sanders. “It is far more than an IT support platform. It’s a connectivity platform with broad applicability.”

The expanded market definition and strong recurring revenues meant all exit routes were open when the firm decided to start with the exit this year. After the recent IPO, the Permira funds remain the largest shareholder with 58 percent.

“TeamViewer was in a fortunate position. It had spectacular unit economics and top line growth in the high 20s, as well as margins north of 50 percent,” Sanders explains. “Marrying those two, we had plenty of exit options. In this instance the public markets won.” 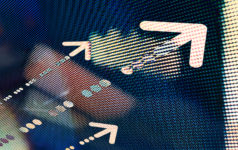 Alter Domus: Beyond the here and now