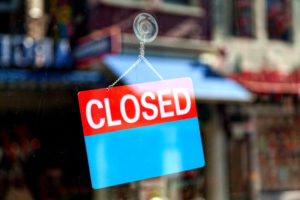 Coronavirus fears are expected to hit Asian private equity sales in the first quarter of 2020.

The outbreak has killed at least 1,000 in China and sickened more than 40,000 people globally, prompting Japan, Australia and the US, among others, to close their borders to all foreign visitors who have recently been in China.

Businesses such as Starbucks, Pizza Hut and McDonald’s China, which is owned by The Carlyle Group and CITIC Capital, have announced temporary closures in certain regions, citing the impact to human and logistical operations.

“Owners of prime assets aren’t desperate to sell and will hold. Firms are slowing down the sales process because you don’t want to sell when there’s negative sentiment out there.”

The epidemic could interrupt deal activity. London’s CVC Capital Partners and Malaysia’s Employees Provident Fund are said to be seeking buyers for their stake in KFC and Pizza Hut restaurants in South-east Asia, according to Bloomberg.

CVC, Permira and PAG declined to comment. EPF had not responded to a request for comment by publication time.

“Given the situation continues to evolve we’ll pause and monitor things for the next couple of weeks,” a Hong Kong-based director at an Asian private equity firm told PEI on condition of anonymity.

“Hopefully by then we’ll know whether this is a short-term issue or something more global and long-term, and can then make rational decisions in the best interests of the fund.”

Coronavirus deaths have already exceeded the 2003 SARS outbreak, which wiped around $40 billion off global markets. The 2009 swine flu outbreak was estimated to have cost more than $50 billion globally.

The CSI 300 Index and Shanghai Composite Index suffered over the Chinese New Year, each opening around 8 percent lower than their 23 January close on 3 February.

“SARS caused a sharp dip in valuations and deal activity but a steep recovery afterwards due to pent up demand for deferred purchases,” Rellie said.

“Forced and sub-prime sellers have to move forward with their sales and will get badly hit, meaning there’ll be some opportunities for contrarian investors.”

The timing could not be worse for Chinese private equity, which was already reeling from 18 months of trade tensions and social unrest in Hong Kong. Firms struggled on the fundraising trail last year and were forced to make concessions at the negotiating table with limited partners as a result.

“It’s painful for China and Hong Kong,” Rellie added. “With the trade war and protests, it’s another kick in the ribs.”