Private equity funds need to end anti-competitive behaviour if they are to maintain public pension support, according to the director of private equity at Texas Municipal Retirement System.

Speaking onstage at the IPEM conference in Cannes, Chris Schelling said PE-backed businesses should make add-on acquisitions in highly fragmented markets, not use the financial power of their sponsor and severe cost-cutting to kill the competition.

He added that focusing on disruptive sectors such as technology and healthcare, aiming to drive organic growth instead of growing through financial engineering, and investing more in early-stage managers and smaller funds were other ways the PE industry could benefit society and maintain the support of limited partners.

Schelling’s comments were part of a broader thesis about a “lack of capitalism” in the US economy caused by the growth of monopoly power. Google accounts for 93 percent of search activity in the US and the five largest car manufacturers in the country account for 68 percent of sales, he noted.

A huge increase in regulation has helped, not hindered the largest firms, as they are the only ones with the resources to deal with it, Schelling added.

At the same time, the number of Department of Justice anti-trust investigations declined from 400-500 throughout the 1990s to around 100 today.

Texas Municipal has $29.98 billion in assets under management, 2 percent of which is allocated to PE. GPs it invested with in 2019 include Parthenon Capital Partners and FTV Capital, which received commitments of $50 million each, according to PEI data.

The pros and cons of seeking fundraising extensions 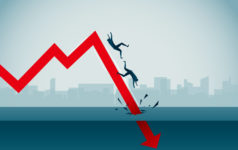 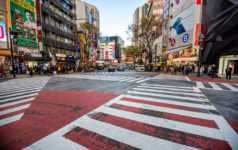 Carlyle’s Yamada: Every business will have ‘some impact’ from covid-19

Sponsored 2 hours ago
Added to your Saved Articles
Loading
Unsave Article
Please confirm you would like to remove this article from your saved articles.
Share with other subscribers
Only logged in subscribers of this site will be able to access the shared article.