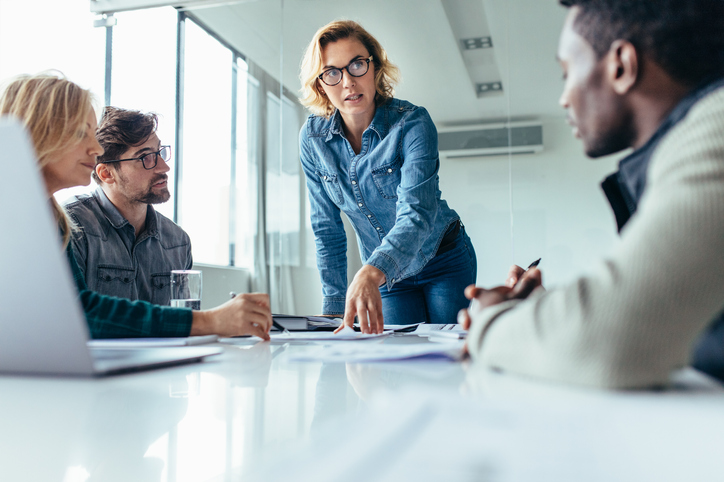 The private fund management industry is rarely cited as a paragon of gender equality. Words such as ‘macho’ and ‘boorish’ continue to be used to describe the workplace culture, at least in certain pockets of the industry. Against this background, it is hardly surprising that women continue to be underrepresented in asset management firms, particularly in the most senior positions.

A survey of UK and European PE and VC firms published last year by the British Private Equity and Venture Capital Association and Level 20, a non-profit group aimed at promoting diversity, shows that only 20 percent of investment team professionals are women. The survey found that 12 percent of firms have all-male investment teams, though this is down from 28 percent in a similar survey conducted in 2018. Meanwhile, an International Finance Corporation study published in 2019 estimates that 68 percent of senior investment teams in emerging markets are all-male.

The perception that alternative asset management remains an ‘old boys’ club’ means that the first hurdle for firms seeking to become more diverse is to convince potential female recruits that there is a place for them in the industry. “We’ve noticed that many women across all stages of their university experience tend to steer away from opportunities that are relevant to pursuing a career in private equity,” says Anna Wahlström, global head of human resources at Stockholm-based EQT.

Yet there is no doubt that progress is being made, most notably in recruiting women for entry-level roles. Wahlström says that women made up 56 percent of EQT’s new hires last year, and Gail McManus, managing director and founder of alternative assets recruitment firm PER, notes that “massive strides have been made in the recruitment of entry-level women”.

The BVCA and Level 20 survey shows that a third of junior roles on investment teams are held by women, while women make up 37 percent of new recruits for junior roles in investment teams. In the private debt industry, a similar number of men and women were hired into junior front-office distribution roles in 2020-21, according to a snapshot of hiring data analysed by executive search firm Jensen Partners. However, disparities appear at senior levels – almost two-thirds of professionals hired into senior roles during the period were men.

The success in achieving a greater gender balance, at least in more junior roles, has not happened by accident. “For a while, I think people thought this would just change with time,” says Kara Helander, chief diversity, equity and inclusion officer at Carlyle. “We see that that’s not the case. You’ve really got to make some intentional shifts in how you operate in order to allow diversity to really take hold in your organisation.

Indeed, virtually all the largest fund managers have announced programmes designed to prioritise the recruitment of women. Joanne Yoo, a partner at Africa-focused PE firm Development Partners International, says her firm has a policy to “intentionally require that the candidate pools we recruit from are gender-balanced”.

“We have seen that requiring candidate pools to be gender-balanced, as well as the interview panel itself, greatly improves hiring outcomes,” says Yoo. She adds that “reviewing job descriptions to make sure the language and requirements are inclusive also helps in attracting a broader pool of female applicants”.

Esther Peiner, managing director and co-head of private infrastructure in Europe at Partners Group, agrees that the private funds industry has made a “very, very material step forward” in recognising that a lack of gender diversity in investment teams is problematic. “The fact that organisations are willing to set goals on gender diversity, because they understand the strategic importance, is an achievement in itself,” she says. “Measuring progress against that goal focuses the attention of the industry in helping to mitigate the issues.”

Measurement is also vital given growing interest from LPs. Peiner notes that LPs ask questions about the gender balance within their investment managers, “particularly across investment functions, versus fundraising, versus other parts of our business. People are very interested in the seniority of female employees.”

The fact that organisations are willing to set goals on gender diversity, because they understand the strategic importance, is an achievement in itself

Reflecting this trend, the Institutional Limited Partners Association updated its DDQ template in November 2021. LPs using the template will require managers to provide more detailed information on their DE&I policies and metrics.

Helander adds that LP interest in gender diversity is now becoming globalised. “Going back five or 10 years, you saw much more emphasis on diversity, equity and inclusion amongst US LPs than you did in Europe,” she says. “We’re seeing that shift. And we are seeing very significant investment from a whole host of investors across Europe who are definitely focused on this.”

Nevertheless, the data shows that there is a long way to go to achieving equality. The IFC report found that just 11 percent of senior investment professionals in emerging markets are women. The figure is slightly higher, at 15 percent, in China, but falls to 7 percent in South Asia.

Meanwhile, the BVCA and Level 20 survey found that women account for only 20 percent of mid-level roles and 10 percent of senior roles on investment teams. More positively, the survey does show that women make up 20 percent of promotions and 25 percent of new hires into senior roles. This demonstrates that the number of senior positions held by women is set to increase over time – providing firms can retain their female staff.

Despite the focus on diversity, the industry’s cultural transformation is far from complete. Although DE&I programmes are ubiquitous among the largest firms, smaller managers are less likely to make gender diversity a key focus. EY’s 2022 Global Private Equity Survey found that 87 percent of PE firms with AUM exceeding $15 billion see DE&I as among their firm’s most important talent management priorities. However, the figure falls to just 56 percent for managers with AUM of less than $2.5 billion.

PER’s McManus predicts that more firms will have to wake up to the need to reset their culture in order to both attract and retain the top-performing female professionals. “They’ll realise that they need to do it when their women walk – because they will walk, and they are walking.”

A survey conducted by Investec last year found that 69 percent of female employees at PE firms believed they would be paid more if they were male. Unsurprisingly, it follows that women are much more likely to switch employer, with 25 percent planning to depart in the near-to-medium term, compared with only 16 percent of men.

“The reality is that many people still feel as if their gender is a potential obstacle to their promotion pathways,” says Ben Way, group head of Macquarie Asset Management.

One vital consideration for firms seeking to retain female professionals is their parental leave policies. Here, there are stark regional differences in the support available to new parents. The US is conspicuous as the only OECD country not to have a national entitlement to paid maternity leave. At the other end of the spectrum, Japan and several European countries actively encourage both mothers and fathers to take extended periods of parental leave.

The progressive culture in these countries enables more women to continue their careers until they have the experience to take on senior roles. Peiner notes that the talent pool for female executives is larger in certain regions. “For example, in the Nordics, when I recruit boards and management teams, for me it’s easy to recruit highly capable female professionals and executives,” she says.

In practice, of course, private funds and the companies they invest in can shape the workforce of the future partly by offering parental leave benefits that go beyond what is required by law. Partners Group, for instance, has a global policy on parental leave, which Peiner says “might be seen as quite generous in the US of course, versus some of the other countries”.

But a firm’s approach to parental leave extends beyond the length of leave granted or the level of pay offered. McManus says that firms must prevent a “land grab” when a woman takes parental leave. “If you go on maternity leave, then you will have to hand over your transactions. When you come back, you shouldn’t have to start right back at the beginning, developing and building your dealflow,” she says.

Despite signs of progress, closing the gender gap will clearly demand sustained commitment over a period of many years. “There is growing awareness and recognition among everyone in the industry that this needs to be a strategic priority,” says Yoo. This marks a welcome contrast to what she says seemed to be the situation until recently, where the under-representation of women – and particularly women of colour – was “vocalised by women alone”.

Way says that at Macquarie Asset Management, all staff are required to set at least one annual objective relating to DE&I. At Carlyle, meanwhile, Helander notes that candidates for managing director roles are assessed on their ability to provide inclusive leadership and management. “One of the things that I would say has shifted in the last two to three years is an appreciation that [promoting DE&I is] something that is a leadership competency – that to be a really effective modern leader, you need to understand this,” she says. “People who were not open [to it] at all in the past are now welcoming it.