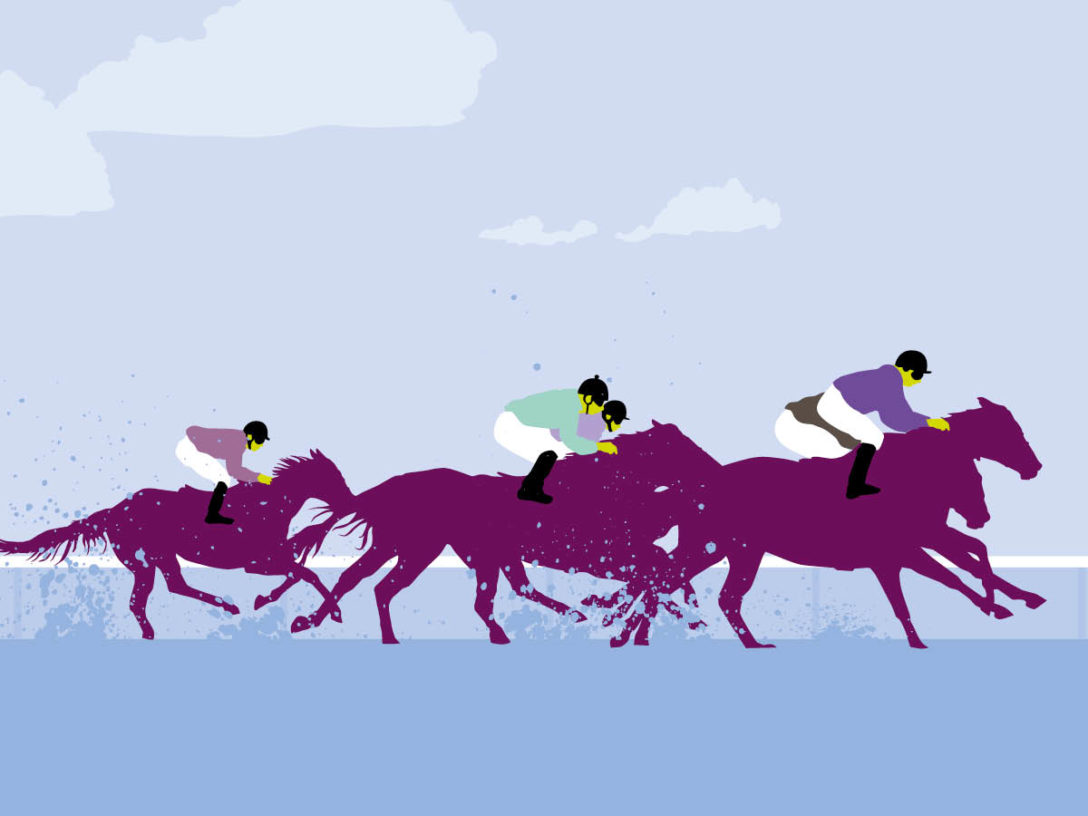 A year of unprecedented travel restrictions and widespread stay-at-home orders has turned private equity fundraising on its head. Of course, many LPs have softened the impact of lockdown by existing on a diet of re-ups and incumbent relationships. But now, more than 12 months into the pandemic and with no definitive end to social distancing or curbs on international travel in sight, it is clear investors cannot remain on pause forever.

LPs are being forced to grapple with how to actively grow and manage a portfolio in a virtual environment – committing hundreds of millions to managers they have never met. “We are still in the middle of all this when it comes to travel restrictions,” says Andrew Bentley, partner at Campbell Lutyens. “It remains very difficult to get in and out of Europe, the US or Asia without extensive quarantining and even when you do get there, people are reluctant to have you in their office. We hope the second half of the year will be easier, but I suspect we are still quite a way from getting back to normal.”

So, who will the beneficiaries of this surreal interlude be? The initial LP response to the covid outbreak was a brief hiatus for evaluation, followed by continued deployment with trusted managers. There was also a marked geographical retrenchment, in part supported by travel restrictions, but also a sense that LPs wanted to support their domestic markets. “For a few LPs in Q2 last year it seemed to be almost a nationalistic duty,” says Bentley. “We haven’t seen that since, though.”

The tendency to stick with what and who you know remains pronounced, however, supporting the pre-existing trend towards platformisation. PAI Partners, for example, has become one of the latest managers to extend its franchise, with a €920 million inaugural mid-market fund which closed in March.

Where LPs have shown willingness to forge new virtual relationships, they have overwhelmingly flocked towards the large, brand-name GPs. “It is a lot easier for the big allocators to back well-known managers, or to back existing managers as they move into adjacent strategies,” says Carl Nauckhoff, senior principal and head of investor relations at Investindustrial, which itself has funds dedicated to different size segments.

“It is a logical consequence of not being able to travel, and establish fresh links, as well as some risk aversion, which is natural in a situation like this,” adds Hamish Mair, managing director and head of private equity at BMO Global Asset Management. “I am not saying it is the right thing to do. But I can see why it happens. You may not shoot the lights out backing a well-known manager, but you will probably avoid disaster.”

Paul Newsome, partner and head of investment solutions in Unigestion’s private equity team, adds: “For obvious reasons, it is easier to underwrite a brand name when conducting virtual due diligence than an emerging manager.” Both Newsome and Mair express appetite for identifying fresh talent within their own organisations, however.

Gabrielle Joseph, head of due diligence and client development at Rede Partners, which advised on PAI’s new fundraising, sees interest for emerging managers returning. “Platform extensions are clearly very attractive, and we are working on a number of those right now,” Joseph says. “But there is also strong appetite for something that is new and entrepreneurial, if you get the positioning right.

“The question is what can an emerging manager do to stand out? How can they compete with these large platforms?”

Not only will a platform extension into the lower mid-market, for example, represent an easier internal sell for the LP, but the start-up will be competing for the same deals but without the army of researchers, financing experts and operating partners that are part of the mega-manager machinery.

However, there are LPs actively targeting emerging managers. These LPs are seeking alpha, alignment and edge. While there have undoubtedly been significant obstacles for new firms, in many ways the pandemic has been a great equaliser, Nauckhoff explains: “New firms would typically face real budget constraints going out on the road, but now, with virtual fundraising, in some ways, they are on a level playing field.”

Joseph adds: “There are LPs that will back an emerging manager because they see a team that is deeply aligned with the fortunes of this one vehicle and incredibly motivated to make it an outsized success. They will also back an emerging manager with a clear competitive advantage, something that enables them to access opportunities that other managers can’t get.”

Joseph points to a Swedish firm that Rede is currently working with where both founders are successful software entrepreneurs. “That means they have real rapport with sellers and have been able to build their firm in a way that is different to other GPs,” she adds. For example, the firm has set up its own coding R&D team in Vietnam to support portfolio companies. “That demonstrates a real edge.”

“By accessing emerging managers, you are accessing future stars. It is unhealthy not to have some exposure,” says Newsome, although he adds that because of the time it takes to build relationships, he has yet to make a commitment without a physical meeting.

Peter Linthwaite, head of private equity at Royal London Asset Management, meanwhile, is actively sceptical of the platformisation phenomenon, favouring managers that are not seduced simply by amassing management fees. “I still prefer to see a clear alignment between the fund and the manager. The dynamics change with these platforms, because the senior partners end up overseeing a range of strategies rather than directing all their energy and experience in one area,” Linthwaite says, predicting that we could see more single strategy managers consciously remaining focused on their chosen space but with changes in incentivisation to allow team expansion and reward.

“We are seeing mid-market managers limiting themselves to raising no more than £500 million ($691 million; €585 million), for example. Where those managers have been consistently returning, say, 2.5x plus net on the fund, they may start to introduce a super carry structure. But they are deliberately choosing not to fundamentally change a winning formula.”

Of course, a manager’s sector exposure is also going to impact its fundraising success in the future. It seems reasonable to expect consumer-facing segments to remain out of favour for some time. Investment supporting digital transformation is very much in vogue, meanwhile, not least because it lends itself to virtual due diligence, says Nauckhoff. “Investment cases that are easily explained with limited need of physically kicking the tyres are easier to sell.”

Mair has seen a “clear pivot” in terms of what the market is investing in during covid: “We see a reluctance to look at consumer-orientated deals but greater demand for technology-led businesses.”

The other key area of interest is healthcare, says Peter Wilson, managing director at HarbourVest Partners. “This has included virtual care adoption, value-based care model proliferation and the onshoring of pharmaceutical contract manufacturing.”

“It has become palpably clear that where health is compromised, nothing else can happen,” adds Mair. “The importance of healthcare as a sector is now fully understood.”

“Diversification is the only realistic way of controlling the naturally high risk inherent in private equity. That has become obvious throughout covid”

Despite this clear bifurcation of appetite along sector lines, covid has also reinforced the importance of diversification. So, while demand for the very best tech and healthcare specialists is growing, there is a parallel return to the generalist – or at least its successor, the ‘multi-sector specialist firm’.

“Diversification is the only realistic way of controlling the naturally high risk inherent in private equity,” says Mair. “That has become obvious throughout covid. You could have been invested in a fund focused purely on hospitality and that might have seemed like a perfectly reasonable thing to do at the time. But that fund would have been hammered. There is real consideration going into ensuring that your eggs are not all in one basket.”

LPs are also looking for managers that have invested in their own origination and value creation expertise. After all, while the global economy may have been ravaged by covid, entry multiples for many sectors are skyrocketing, and so competitive edge is key.

Joseph, for example, points to the importance of developing transversal capabilities by hiring individuals that work across the portfolio on specific areas, including ESG, recruitment and sales development. “We are seeing an increase in that granular approach and those firms that are willing to continue challenging themselves to increase their expertise will be winners in the fundraising race post-covid,” Joseph says.

Linthwaite, meanwhile, believes managers that have invested heavily in data mining or self-generated research, enabling them to track a wider universe of potential targets from an early stage without having to be continuously on the road, will be at an advantage.

And finally, of course, firms that have excelled in their interactions with LPs during covid will be best positioned to get commitments from those LPs as the virus fades. “The last 12 months have created a real bifurcation in terms of GPs that have performed well and those that have not. That has come down to sector exposure, level of risk taken and the leverage that has been put on those companies,” says Newsome.

“But future fundraising success will also be impacted by how well GPs have interacted with their investors during this difficult time. Those that have been less responsive might well find that they suffer when we finally make our way back to a new normal.”