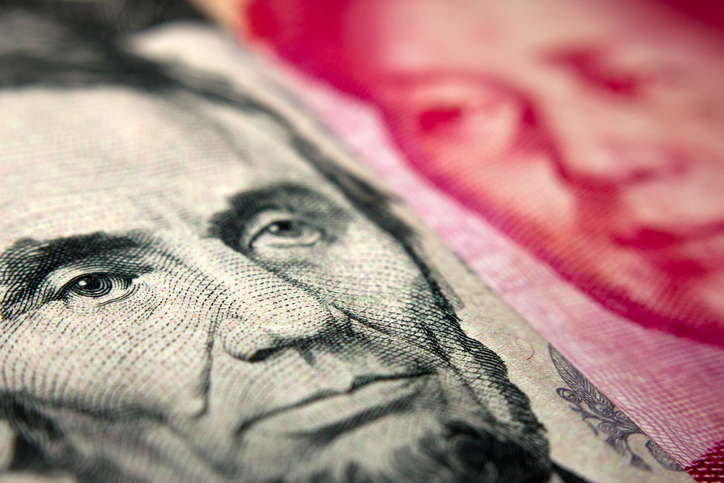 Investment firm Schroder Adveq is among the latest – and one of only a handful of western firms – to be approved by Shanghai’s Qualified Foreign Limited Partnership pilot programme.

Launched in 2010, Shanghai QFLPs enable foreign managers to invest onshore in renminbi with capital raised offshore. Converting yuan to dollars previously required separate approvals for each transaction, rather than at the fund launch, which can be an awkward process.

QFLPs are controlled by regional governments and differ based on the issuing authority. Shenzhen, a city in south-eastern China across the border from Hong Kong, requires managers to raise yuan from Chinese LPs within 12 months of qualification – no mean feat for international firms without a domestic track record. Until April, Shanghai QFLP managers could only invest capital raised onshore if they had also been registered with the Asset Management Association of China.

Ender says the firm had collected $80 million for Schroder Adveq Shanghai Private Equity Investment, with the majority of capital committed by Western European LPs. It will apply to raise another this year and plans two each year, as well as separate RMB vehicles targeting domestic LPs.

One-third of Schroder’s future China activity is expected to be channelled through its RMB funds.

In doing so, the firm is providing access to a section of the market that has traditionally been hard to access for international LPs, which have tended to invest in China via US dollar-denominated funds raised by either domestic or foreign managers.

The RMB universe is vast. Although domestic private equity is less transparent than its US dollar equivalent, data from Schroder Adveq and advisory firm Zero2IPO put yuan fundraising at the equivalent of $163 billion last year compared with just $22 billion from international investors.

“There’s a huge universe of managers that only have an RMB fund,” Ender says. “USD funds are only a subset of the total GP base in China.”

It hasn’t always been this way. Private equity was largely imported to China by western firms at the turn of the century. In 2007, international investors accounted for approximately $40 billion of capital raised for Chinese private equity, eight times more than funds raised domestically.

Schroder’s timing is fortuitous. US-China tensions – spurred in part by sabre-rattling from the Trump administration and scepticism over China’s use of technology – could prompt Chinese businesses to focus more on domestic growth or exits – thereby reducing the need for, and the appeal of, US dollar investment.

“When we launched [the application process] there was not a trade war,” Ender says. “But for China businesses, that has accelerated the consideration that they are a China story with a China exit. The trade war may lead to a split world in the technology sectors and I would not know which region I’d bet on as the long-term winner.”

The launch last year of Shanghai’s STAR Market, officially known as the Shanghai Stock Exchange Science and Technology Innovation Board, could also raise the appeal of RMB investments. The US has threatened to de-list Chinese companies that do not meet accounting standards. This has prompted companies to explore domestic IPOs.

Rising discord between the two governments has sparked concern among US investors. In May, President Trump ordered the Federal Retirement Thrift Investment Board, a US government agency that manages $594 billion, to halt plans to back an index containing Chinese stocks because of national security concerns. In August, the US Department of State warned university endowments to divest from Chinese stocks lest enhanced listing standards spark a wave of de-listings from US exchanges.

While the US has been limiting inbound activity from China, the latter has been more welcoming towards international players. Although managers with QFLPs are still considered foreign beneficial owners, in June the Chinese government further expanded the number of sectors open to foreign investors, cutting the number of restricted items from 40 to 33.

“Even if, in the long run, international investing is made more restrictive, that would mean these investments are maybe even more attractive because there’s less money flows,” Ender says. “There’s always two sides of the coin: if people cannot invest somewhere, those who still invest there have less competition and therefore there’s a better price-to-earnings ratio.”

Chinese private equity funds can vary from their western counterparts. Many feature terms such as deal-by-deal waterfalls, large GP commitments and shorter fund lives. Chen notes that the majority of domestic firms have marketed their vehicles with four- to five-year fund terms.

As a result, RMB funds are left with significant portions of unrealised capital at the ends of their terms. China became the top-performing market for venture capital in terms of TVPI in 2018, delivering 1.72x versus 1.63x for US funds, according to an October report from data provider eFront. It also has one of the longest times to liquidity and most of the value is unrealised.

The comparative lack of RMB buyers could be one factor driving a rising number of yuan-to-dollar restructurings in recent years. This month, Beijing’s IDG Capital sold more than $600 million worth of remaining assets in a mature yuan-denominated fund into a dollar-denominated vehicle, as sister title Secondaries Investor reported. Hong Kong-based direct secondaries firm TR Capital has worked with private equity firm Loyal Valley Capital on a similar deal.

“Chinese investors are not as patient and don’t want a 10- to 12-year horizon,” Ender says. “There are people that seek liquidity which they didn’t get in the promised horizon and want to use that money elsewhere. So the secondary market has special appeal, and there’s not many buyers on the RMB side.”

China’s rising appeal is unlikely to open the proverbial floodgates – not least because the QFLP process can take years. The structures are highly regulated and require multiple approvals from government agencies.

“It took us two years to achieve the process,” Ender says. “There are multiple approvals – you need substance on the ground, five people minimum, and a legal entity that’s limited to doing RMB activity.”

And not every manager will qualify. Chinese law firm JunHe wrote in a note to clients that although Shenzhen’s criteria are reasonably loose, requiring managers to oversee at least $200 million of assets under management, Shanghai will only consider asset managers that are globally renowned.

“Shanghai has the largest community of QFLP managers, and they have strict scrutiny on the managers – they really cherry-pick,” says Natasha Xie, a Shanghai-based partner at JunHe.

What’s more, currency conversion is subject to strict annual quotas that can render the process inefficient for large institutions needing to deploy hefty sums. Carlyle Group and Blackstone, which were among the first firms to be approved for the Shanghai QFLP in 2011, each received an initial $100 million foreign exchange quota, according to a Mayer Brown legal note at the time.

There are also constraints on who can commit. LPs for Shanghai QFLPs must have at least $500 million of their own assets under management or more than $1 billion of total AUM, as well as five years’ experience of equity investing.

And yet, the QFLP landscape is expanding. This year Shanghai permitted QFLP entities to broaden their scopes from equity investment to preferred shares, private equity placement, convertible bonds, mezzanines and non-performing loans. Approved foreign managers can also raise QFLPs in yuan, rather than converting from dollars.

Firms taking Shanghai up on this offer would be likely to need to have a team with an intricate understanding and established network of Chinese LPs. As a result, one way to navigate this could be to partner with a local player.

“It’s still not very practical for a foreign manager to raise in RMB because you need a track record to raise money from Chinese institutions,” Xie says. “Many of my clients [have] said they’d be open for a joint venture with local managers.”