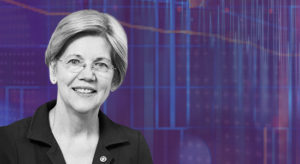 2019 was the year the private equity industry was subjected to what it would consider un-‘Warren’ted scrutiny.

The political spotlight dominated private equity conversations and resulted in a House Financial Services Committee hearing in November on the industry’s license to operate.

This in a year when fundraising remained strong, though lighter than previous years: the industry raised $222 billion across 334 funds as of 30 September. Competition among LPs for private equity remained strong, and over half the LPs in Coller Capital’s 2019 Winter Barometer had their requested commitments to new funds scaled back.

Democratic presidential candidate Elizabeth Warren targeted the tax treatment of carried interest and the ability of PE managers to write off the debt they use to buy companies in her Stop Wall Street Looting Act of 2019. The aim, in Warren’s own words, is to end the industry’s “abusive practices by putting private investment funds on the hook for the decisions made by the companies they control, ending looting, empowering workers and investors and safeguarding the markets from risky corporate debt”.

Warren and other senators also targeted five private equity firms invested in prison services. Blue Mountain Capital Management, H.I.G. Capital, American Securities, Apax Partners and Platinum Equity received letters signed by Warren and representatives Alexandria Ocasio-Cortez and Mark Pocan asking for information on their stakes in correctional services, revenues and if there were any federal or state law violations in terms of fees.

Scrutiny of the industry is not new. The collapse of retailer Toys “R” Us brought hoards of activists and workers to public pension system meetings in 2018 where they urged for action against the private equity firms that had loaded the company with debt, fueling its bankruptcy. And back in 2012, Republican presidential nominee Mitt Romney’s private equity career was attacked by his rivals.

It would be naïve to be surprised by the attention, according to Jim Andersen, managing partner and founder of Clearview Capital. “We’re in a populist time and have been for a long time and you know, private equity has always been viewed, even if unfairly, as the fat cat,” he said.

While most private equity firms chose to not participate publicly in contesting Warren, some industry leaders spoke out against her actions.

“Imagine what it would be like if Warren gets her way and the private equity industry is squashed,” Golub Capital’s chief executive Lawrence Golub said at sister title Private Debt Investor’s New York Forum in September.

The industry’s lobbying groups also sprang to private equity’s defense. The American Investment Council released several statements throughout the year and represented the industry at the House Financial Services Committee hearing in November, titled “America for sale? An Examination of the Practices of Private Funds”.

Another lobbying group, the US Chamber of Commerce, also released a report in November that stated Warren’s proposed measures would lead to losses for public pension systems and their retirees, businesses and jobs. The report noted that in the most extreme scenario, in which private equity funds ceased to exist as a result of the proposed legislation, the result would be $475 billion in lost tax revenues for the government. In a modest-case scenario, 6 million jobs would be lost and taxes would drop by nearly $109 billion annually in the long run.

An all-out public thrashing of the industry was largely avoided at the committee hearing. Still, most in the industry expect the political pressure to continue in the run-up to the presidential elections in November 2020.

“Politicians say things all the time that are nonsense and they know it’s nonsense, but if it gets votes, they’ll keep doing it,” Clearview’s Andersen said.