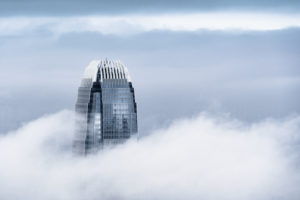 APG Asset Management, a subsidiary of the Netherlands’ largest pension fund, will launch an Asia-Pacific co-investment strategy amid plans to at least double its regional exposure.

APG intends to at least double its Asia-Pacific allocation from roughly 5 percent of global private equity commitments to around 10 percent to 15 percent over the next five years, Ma said.

“We want to increase the proportion allocated to co-investments over time, though funds are still the foundation of the programme,” she noted. “We’ll most likely start prudently with syndicated deals but there’s nothing that prohibits us from co-underwriting in Asia.”

The existing Asia portfolio is largely held in pan-Asia funds and part of Ma’s role will be to build relationships with more country-focused and mid-market firms across China, South Korea, Japan, India and Australia.

“It doesn’t mean we’re not doing any more pan-Asian funds – it is indeed a very effective way of deploying capital and there are merits with pan-Asian strategies – but we do want to add more differentiation to the portfolio.”

APG’s private equity portfolio had generated a since-inception internal rate of return of 18.6 percent as of December 2018, according to its latest annual report, although whether this figure is gross or net of fees is not specified. The asset manager works for approximately 21,000 Dutch employers, representing around 4.6 million participants.

Asia is an increasing area of focus for some Western investors. Alaska Permanent Fund Corporation is among those looking to ramp up its exposure to the region, as is the California State Teachers’ Retirement System, which plans to double or triple its allocation by 2021. Vulcan Capital, the multi-billion family office of late Microsoft co-founder Paul Allen, is expected to triple its exposure after launching a Singapore office in August.

Co-investments are also on the up globally; estimates around the size of the co-investment landscape vary, but fund advisory firm Triago puts the figure at around $55 billion. CalSTRS is looking to add 15 staff dedicated to the strategy and New York City Retirement Systems views a similar move as one of its top priorities.

The strategy can blend down the cost of investing as co-investments are often fee-free. Returns are also a key motivator: Alaska Permanent, for example, has earned a 61.5 percent five-year net return on its $1.8 billion co-investment portfolio, compared with 18.4 percent for private equity funds, per its latest annual report.