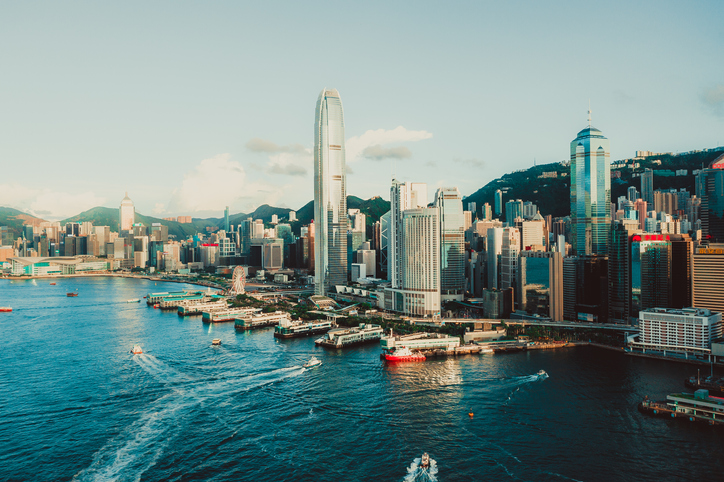 Private equity participants are flocking to Asia-Pacific in the hopes of seducing the region’s burgeoning pool of wealthy individuals or family offices.

Investment firm Cambridge Associates is among those ramping up its efforts. The Boston-headquartered firm, best-known as an outsourced CIO for endowments and foundations, relocated Mary Pang, its head of the global private client practice, from San Francisco to Singapore earlier this year, per a statement. Her move coincided with the launch of a Hong Kong office.

Cambridge works with around 250 families globally, representing around one-third of its client base, Pang told Private Equity International. It typically partners with private clients on the wealthier end of the spectrum, with about $150 million to $200 million of investible assets.

“Given the pace of wealth creation we’re seeing across Asia, really driven by Greater China but also in South-East Asia, we see a huge opportunity for us to build a compelling platform to service those types of families,” Pang said. “Asia’s not big enough [as a proportion of our client base] and we need it to grow at double, I think, where it is today in terms of the assets we oversee.”

Asia is expected to supplant Europe as the world’s second largest ultra-high-net-worth individual hub by 2024, with high growth expected in India, China and Indonesia, according to Knight Frank’s Wealth Report 2020. The average Asian UHNWI portfolio had a 7 percent allocation to private equity last year, versus 11 percent in North America and 8 percent in Europe. Some 32 percent of bankers and advisors surveyed expected clients in the region to raise their allocation in the near future.

“The reality unfortunately in Asia is a bit different,” he said. “When you sum it up the penetration is a single digit.”

Blackstone is among those targeting Asia’s affluent. The firm plans to begin targeting wealthy Japanese individuals this year and expects to raise billions from this channel within three to five years, Nikkei Asia reported in October.

Online fundraising platforms are also bullish on the region. Berlin-based Moonfare opened an office in Hong Kong last year and expects the region to account for 25 percent of its fundraising in 2021, PEI reported in December. iCapital Network, one of the largest platforms in this area, plans to launch in Singapore this year.

Wealthy Asian approaches to investing can differ from their peers in North America and Europe, with families or individuals often less willing to cede total control over investment decisions, said Aaron Costello, regional head for Asia at Cambridge Associates.

“They’re less likely to say here are the keys to the kingdom and let’s build an outsourced CIO discretionary portfolio and we’ll see you in a year,” Pang added. “But we think it will change and evolve as the next generation starts to get comfortable with making these types of decisions.”

Investment appetites can also vary, with many individuals or family offices opting to pursue themes or sectors that relate to the origin of their wealth or play to their passions. Sustainable or impact investing, for example, has proved particularly popular among the private wealth crowd.

“It’s very much that thematics play strongly within the wealth arena, as well as obviously the high return, and we’ve seen success, for example, in Japan in areas such as sustainability, and in Asia ex-Japan in healthcare or tech,” said Michael Dennis, head of APAC alternatives for BlackRock, which is part-owner of fundraising platform iCapital.

“The common theme in APAC is you can’t have a generic view; every market and set of clients is different. Their expectations of return and of what they’re trying to achieve differs by not only the private bank, but also by country.”

The source, and governance, of individual or family capital may also influence their investment appetites.

“What we call the quote unquote older money is more conservative, seems to be tied up more in real estate,” Costello, who is based in Beijing, said. “But there’s a newer generation within that old money that seem to be much more open to venture capital.”

Individual investors have largely been excluded from mainstream private equity strategies by large minimum commitment sizes and/or a distaste for illiquidity.

“The mass affluent [are] starting to tap into private investments [and] there’s also inherent risks around that, particularly from a liquidity perspective,” Pang said.

“We take care to handhold those that are doing it for the first time to understand some of the risks around liquidity and also not to fold mid-cycle. Obviously, the key to all of this is making sure that the relationship with the LPs and the GPs is a long-term one.”

Cambridge Associates also negotiates lower minimums and more favourable terms with managers on behalf of its private clients, helping to avoid some of these barriers to entry, Costello noted.

Some firms in the US are navigating these issues via ’40 Act funds’ – complex structures that permit managers to raise pooled investment vehicles via non-institutional US citizens or taxpayers. These vehicles typically offer more frequent liquidity options; smaller, less restrictive buy-ins; and Form 1099 tax reporting, a less burdensome form of tax return.

Hamilton Lane launched an evergreen 40 Act fund in January offering qualified US clients exposure to a mix of secondaries, direct investments and co-investments in credit and equity for just $50,000. The firm launched a global version of this product in 2019, raising capital from HNW and wholesale investors in Australia and New Zealand, Canada, and parts of Europe, Asia, Latin America and the Middle East.

“More high-net-worth, affluent, mass-affluent, all the way through to UHNWI and family offices, are really allocating more capital and wanting to be more active in the private markets,” Juan Delgado-Moreira, vice-chairman and head of Asia at Hamilton Lane, said on a 17 March media briefing.

“It’s still a small percentage again relative to the overall pie chart, but it’s developing in Asia just as you see in Europe and the US.”