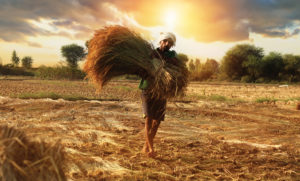 The issue: How to encourage women’s economic participation in emerging markets.

The approach: While providing women with better opportunities is a common theme in impact investing in emerging markets, and local knowledge is a prerequisite, Nigeria-based impact investor Alitheia Capital is going a step further. Women-founded and led, its core mission is to invest (and provide non-financial support) to SMEs headed by gender-diverse teams in sectors that engage and serve a significant percentage of women. By partnering with Goodwell Investments to manage and advise the Dutch firm on its West African investments (through its €100 million uMunthu Fund), the vanguard local investor is further extending its reach.

The issue: The need to foster sustainability in China.

The approach: It is rare to see an Asia-based manager so explicitly aligned with ESG goals as Asia Green Fund. The $500 million fund’s portfolio includes Hosjoy, a platform for green and smart home renovation, and Horen Group, a recycler of industrial packaging. The Beijing-based GP applies a “green impact assessment” throughout the firm and portfolio company investment cycle, and a quantification system (the Green Impact and SG Performance Analytics) to measure the impact of every dollar invested. Chairman and CEO Bo Bai is a former partner and managing director at Warburg Pincus, where he led its investments in the energy, industrials and business services sectors in Asia.

The issue: Nearly 60 percent of Indians depend on agriculture for a living, but volatile commodity prices, weather changes and disease result in inconsistent farmer income levels.

The approach: Despite government support, banks have been reluctant to lend to the Indian agricultural sector so the US asset manager stepped in with its $20 million investment in Samunnati, a non-bank lender to local smallholder collectives. Not only does the company provide finance, it is spearheading change by supporting farmers with advice, training – for instance on leadership development, technology and financial literacy – and connections to the broader agricultural market.

The impact: Samunnati is working with more than 500 farmer producer organisations in 16 Indian states.

The issue: Farmers in Africa, many of them women, face substantial barriers to optimise production and escape the poverty trap.

The approach: By tackling issues in the Tanzanian poultry supply chain, Silverlands Tanzania, a poultry business and out-grower project owned by the European investor’s agriculture vehicle, has helped boost the incomes of local smallholders, the vast majority of which are women. The project, which includes a poultry business that sells feed and day-old chicks, soya processing facilities that encourage farmers to diversify away from maize, a feed mill and silo storage, also encourages more sustainable farming practices within this group.

The impact: Since it was established in 2014, Silverlands Tanzania has benefited more than 65,000 farmers, increasing annual income by more than $400 per year.

The issue: For SMEs in Africa, obtaining working capital to grow is challenging. If they can meet a bank’s qualifying criteria, they find that loans are typically expensive, fixed term and include additional hidden charges.

The approach: The US impact investor’s Nairobi-based portfolio company ImFact has devised a solution that allows pharmacies to securitise their invoices as collateral to obtain the capital necessary to stock their shelves and serve their communities. By evolving a new way for pharmacies to access revolving short-term financing, the initiative demonstrates originality and impact on a fast-growing and fundamental segment, with potential application to SMEs in other sectors and countries.

The impact: An analysis of a leading pharmaceutical distributor showed the financing increased revenues by between 18 percent and 22 percent and the return on equity by 7 percent.

The issue: How to improve educational attainment in underserved communities in South Africa.

The approach: OMAI’s investment in schools business Royals had a simple but radical remit: provide upgraded local educational facilities to previously racially excluded and underserved communities at a price they can afford. Today, the business’s learner base stands at 4,300 up from 750 in 2014 when OMAI made its investment. In addition to meeting strong demand for access to quality education, Royals sees itself as a core part of those communities, contributing use of its facilities and preferring to use local labour and procurement during the construction.

The impact: In 2019 Royals achieved a matric pass rate of 97 percent (against a national average of 81 percent) and a 55 percent exemption rate for university entrance exams (compared with 37 percent nationally).