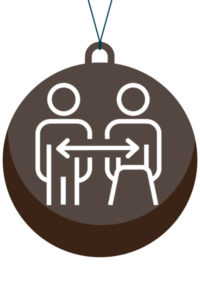 UN Sustainable Development Goal number 5 – gender equality – has become a key theme for impact investors. One sign of this is the growth of the 2X Challenge, which launched at the G7 Summit in 2018. Its initial aim was to mobilise $3 billion of capital towards women’s empowerment by 2020, yet it achieved more than $11 billion over that period. The target for 2021-22 was therefore set higher – at $15 billion.

Further, over the past several years, we have seen the emergence of private equity and venture capital firms majority-led by women that focus on investing in businesses likewise led by women – often alongside other impact themes. Circulate Capital, for example, targets waste and recycling investments in South and Southeast Asia, has a 60 percent female leadership team and added SDG 5 to its impact targets in 2021, while WIC Capital grew from the Women’s Investment Club Senegal to help scale women-led enterprises in Senegal and Côte d’Ivoire.

Sweef Capital is another example. With an entirely female executive team, it invests in Southeast Asia, providing equity and quasi-equity capital at growth stage to companies that are led by women, powered by women, meet women’s needs or that demonstrate excellence in gender equality. “We believe gender equality cuts across all the SDGs,” says Jennifer Buckley, founder and managing director at the firm. “We won’t achieve the SDGs without women’s efforts to get there.”

Not an impact sector

The cross-cutting nature of gender-lens investing is something Amit Bouri, CEO and co-founder of the Global Impact Investing Network, is also keen to stress: “If investors want their investments to be representative of the wider world, they need to change the way they invest. We don’t see gender-lens investing as a sector; rather, we advocate for it to be applied across all sectors.”

One of the biggest areas for development, adds Bouri, is for all investors to look more broadly at investments through a gender lens. “Currently, we see many investors looking at one dimension, but actually there needs to be a more holistic approach that encompasses composition of leadership, who benefits from employment and who the companies serve.”

It’s precisely this wider view that Sweef Capital is taking. “We have a focus on sectors where women are the majority of employees and where women are disproportionately affected by climate change,” says Buckley. “Women’s role in the economic system is very often undervalued and so we are seeking to create impact in sectors such as healthcare to ensure fair pay, good employment benefits and workplace environments, training and so on. These allow women to participate in the economic system.”

“I hear a lot of talk about women not wanting equity capital because they don’t want to be diluted,” says Buckley. “That means there has often been a focus on offering debt to female-led businesses. Actually, it’s more of an education gap because, once you explain the additional, non-financial support that an equity investor can give, women are just as likely as men to seek out a value-added partner.”