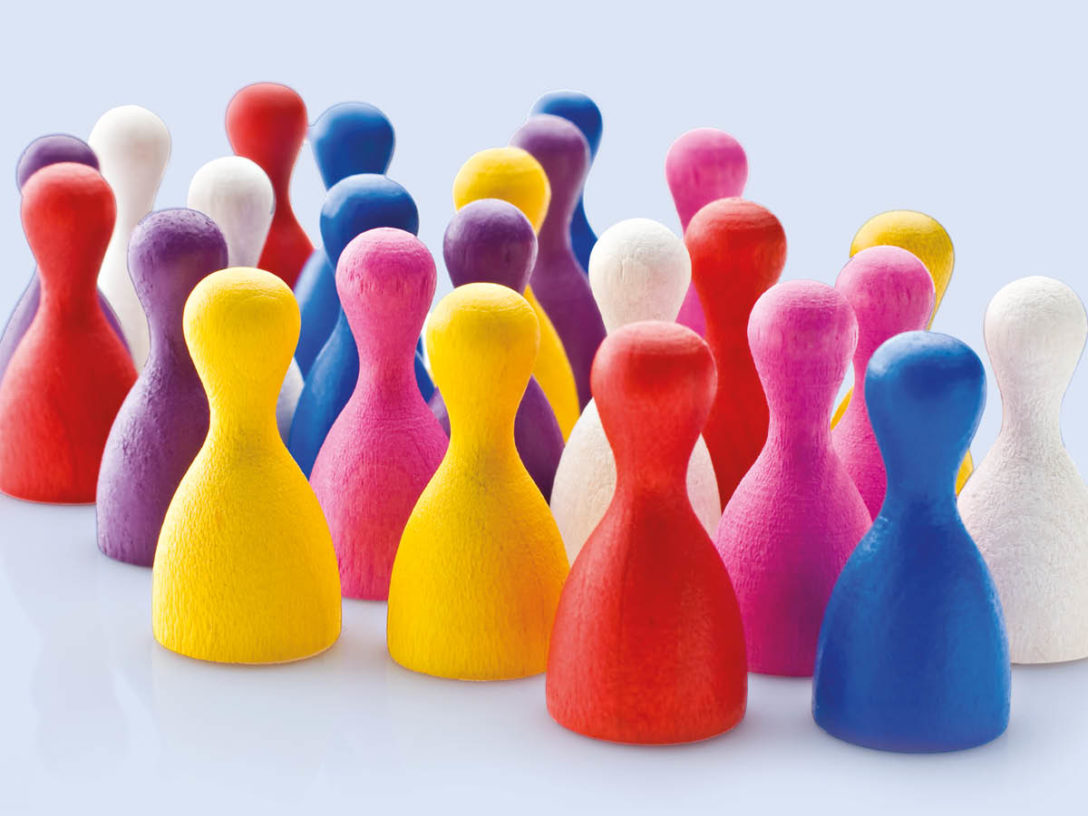 The global secondaries industry has been a hotbed of people-poaching and strategy launches over the past 18 months. In an indication that the market is skyrocketing, investment banking behemoths ranging from Goldman Sachs to Rothschild have jostled their way into the advisory space with some audacious hires, while several of the world’s biggest asset managers have announced bold new ambitions in this sector.

In many ways, it is the meteoric rise of GP-led secondaries and, in particular, the more concentrated, single-asset deal, that has heralded a new dawn for the asset class. Matt Jones, partner and co-head of Pantheon’s secondaries team, who is set to join TPG as a co-managing partner of its global secondaries business, says single-asset dealflow in the second half of 2020 was three times the amount for the whole of 2019. “We are seeing the same trajectory continue into 2021,” he says. “That growth in the GP-led market – and, in particular, the single-asset secondary market – has been simply phenomenal.”

The single-asset secondaries transaction is beginning to take its place alongside sales to strategics, financial buyers and IPOs as a viable exit route – enabling houses to keep hold of their best-performing businesses, while still fulfilling their liquidity obligations to LPs. In turn, the inherent selection bias towards star assets is causing secondaries players to revisit their risk tolerances and the concentration limits of their funds.

Covid, meanwhile, has accelerated a trend that was already well underway. “We are seeing some of the highest-quality dealflow that we have ever encountered in the secondaries industry, because blue-chip GPs are laser-targeting their most preferred assets to hold on to for longer,” says Jones. “Of course, secondaries players are getting excited about these transactions. And, naturally, that is going to attract new entrants to the market.”

It is becoming increasingly common for secondaries specialists to launch dedicated GP-led vehicles. Blackstone’s Strategic Partners has announced its intention to do so, and LGT Capital Partners has raised a GP-led fund alongside its flagship. Meanwhile, Manulife Investment Management, the investment unit of Canada’s largest insurer, is just one example of a new entrant specifically targeting the GP-led space.

But it is not only secondaries investors that have their eyes on the GP-led prize. As a growing number of managers embrace secondaries solutions as an attractive exit route, the M&A advisory community has had to race to keep up.

“Now there is a fourth exit route available: a continuation vehicle,” says Jones. “GPs expect their advisors to be able to advise on the full suite of options available.”

The recruitment merry-go-round has gone into overdrive. Goldman Sachs lured Alex Mejia from Lazard to work on a single asset advisory practice. Rothschild turned to Andrei Brougham and Alvaro Rosado from PJT Park Hill, which also lost Matthew Wesley and Joseph Slevin to Guggenheim Securities, which in turn hired Benjamin Carper from Lazard and Richard Saltzman from Houlihan Lokey.

“As GP-led solutions increasingly become a viable source of exit, investment banks will consider how to add that advisory capability to their tool kit,” says Thomas Liaudet, global head of business development at Campbell Lutyens. “A few have already made inroads adding specialist mid-level resources, focusing on single-asset transactions.”

Advisory arrivals to look out for

The firm is just one example of a prolific M&A advisor that has seen the opportunity to transition into GP-led secondaries. It jointly advised on Thomas H Lee Partners’ single-asset restructuring of Hightower Advisors last year, alongside Evercore. Goldman has since gone on to hire Alex Mejia from Lazard to run a single-asset advisory team, reporting to partners and managing directors David Kamo and David Friedland.

Guggenheim Securities is another new entrant rapidly building its secondaries capabilities. The firm hired Matthew Wesley and Joseph Slevin from PJT Park Hill to launch a unit focused on GP-led processes. It has since gone on to recruit Houlihan Lokey’s advisory head Richard Saltzman and Benjamin Carper from Lazard.

No fewer than 15 investment professionals have joined the investment bank from Greenhill, following a team of managing directors who moved last year to start a secondaries advisory business. MDs Brenlen Jinkens, Todd Miller, Scott Beckelman, Andy Nick and Chris Bonfield were the first to make the move. Three associates and seven analysts have followed suit.

Although the GP-led space is undeniably buzzing, the LP-led secondaries market is quietly building momentum as well.

“The GP-led market counted for the majority of dealflow in 2020, for the first time,” says Valérie Handal, managing director in the secondaries team at HarbourVest Partners. “But that was a result of covid shedding light on the merits of the secondaries market as a potential liquidity alternative for GPs, while owners of LP interests waited for valuations to reflect what was going on in the underlying portfolio companies. We expect the LP market to come back strongly as Q4 valuations trickle in.”

“Everyone is talking about GP-leds,” adds David Atterbury, co-lead of HarbourVest’s secondaries business in Europe. “It feels like the LP side of things has been forgotten. I believe LP-led transactions will be a huge part of the market going forward. At the end of 2019, everyone was so busy. There was a backlog of deals, which then got put on hold because of the 2020 pandemic. But these are filtering through and will have a significant
impact.”

With two tantalising sources of dealflow on offer, it is not surprising that mega-managers are extending their ever-widening franchises to include a secondaries play. Among the most notable of late have been TPG and Brookfield Asset Management. “Clearly, the secondaries market is an attractive and growing asset class,” says Liaudet. “Why would a TPG or a Brookfield send their LPs off to invest with AlpInvest, Ardian or Coller rather than providing access to this relatively lucrative strategy themselves.”

Atterbury voices scepticism about the scale of the potential competitive threat. “This isn’t the first time that everyone has been talking about new entrants and changing landscapes,” he says. “Scroll back to post-GFC, and the sovereign wealth funds were circling the market. The story is repeating. It is natural that capital is attracted to a fast-growing space such as this.”

Manulife Investment Management, the investment unit of Canada’s largest insurer, was one of the first in this latest wave of new entrants to the secondaries market. At the end of 2019, the firm hired Jeff Hammer and Paul Sanabria, the former co-heads of Houlihan Lokey’s illiquid financial assets practice, to build a unit focused on mid-market GP-led processes. The unit aspires to raise dedicated pools of capital for private equity, real estate and private credit secondaries.

Brookfield Asset Management, meanwhile, began an aggressive move into the secondaries market in 2020, in what the firm’s chief executive Bruce Flatt says could ultimately become a $50 billion business. Brookfield’s first steps have been in its real estate unit. It purchased an interest in a multifamily residential project in Los Angeles and recruited Marcus Day and Fabian Neuenschwander who previously specialised in real estate secondaries at Partners Group. Plans are also in place to build out infrastructure and private equity secondaries teams.

TPG has been on a secondaries hiring spree in recent months, recruiting Pamela Hanafi and Tamir Yewdaev from Landmark Partners, as well as appointing Gerry Spelman, who joined TPG in 2019, to the secondaries team. All three will be based in New York and report to Michael Woolhouse, who joined the firm from CPP Investments last summer. Affiliate title Buyouts reported that TPG is in the pre-marketing phase for a debut secondaries fund targeting as much as $2 billion.

Ares Management is to enter the secondaries market by acquiring Landmark Partners from BrightSphere Financial Group in a $1.08 billion deal, the firms announced in March. The Simbsury, Connecticut-based secondaries firm will become the fifth strand of Ares’ business, alongside private equity, private credit, real estate and strategic initiatives.

Atterbury adds that the secondaries market is a fundamentally relationship-driven industry. “Capital is one thing, but you need to have been in the business a long time in order to compete,” he says. “If you look at the buyer universe today, it is the same five or 10 firms that account for the vast majority of funds raised and the same five or 10 firms that are completing the majority of the big transactions. The market is growing, so there is room for others to come in, but I think it will be challenging for those new entrants to displace the successful secondaries funds that exist today.”

That stratification in the investor ecosystem will be mirrored by greater specialisation among advisors. “To a certain extent, there has been so much dealflow that existing participants have been overwhelmed, creating space for others to move in,” says Handal.

And so, as the opportunity set swells, an increasingly crowded marketplace is settling into a new natural order. For now, at least, it seems there is room enough for everyone.