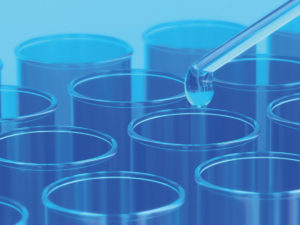 Five years ago, Asian healthcare-focused investment firm CBC Group saw an opportunity in the growth of China’s biopharmaceutical market and an increasing number of scientific breakthroughs in cancer and autoimmune disease treatments.

To leverage this opportunity, it merged two companies in its I-Bridge Fund portfolio, Third Venture Biotechnologies and Tasgen, to create I-MAB Biopharma. The new, integrated platform would focus on the discovery, development and commercialisation of biologics in the therapeutic areas of immuno-oncology and autoimmune diseases.

CBC invested a total of nearly $85 million, leading Series A and B and participating in every round including its IPO. The private equity firm provided I-MAB with hands-on operational support, seconding several members of its team to the company during its early stages to offer strategic guidance and assist with due diligence and analysis for product selection and in-licencing transactions.

CBC helped the company build its product development pipeline, which included de-risked late-stage assets as well as novel early-stage assets. I-MAB forged an out-licencing agreement with US pharma giant AbbVie in September 2020. The agreement, with a total deal value of up to $2.9 billion, gave AbbVie an exclusive global licence, outside of China, to develop and commercialise Lemzoparlimab, which was discovered and developed by I-MAB for the treatment of multiple cancers.

Another key focus area when building the biotech company was recruitment, with CBC assisting in the sourcing of key senior hires through its network. I-MAB has grown its workforce to around 230 employees based in Shanghai, Beijing, Hong Kong as well as San Diego, California and Rockville, Maryland in the US.

In January 2020, I-MAB raised $104 million through a Nasdaq IPO and in September last year it raised over $400 million through a private placement led by Hillhouse Capital Group with significant participation from GIC and other institutional investors.

CBC partially exited the biotech company in January 2021 through the public markets. The partial exit resulted in a 12.7x multiple of invested capital and 77 percent gross internal rate of return.

CBC’s work with I-MAB stood out to the judges, in particular for the strong growth trajectory from the company’s founding in 2016 to its successful Nasdaq listing less than five years later.