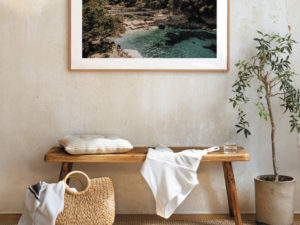 Desenio is an online retailer of affordable wall art, focusing on trendy art prints and associated accessories inspired by Scandinavian design. Verdane first invested in the company in 2016.

According to the growth equity firm, it was attracted by Desenio’s existing presence in the Nordics and its scalable business model, which presented opportunities to expand its operations and international reach. Following its investment, Verdane focused on strengthening the management team, marketing and customer optimisation initiatives, as well as strategic M&A and integration.

In terms of M&A, Verdane supported the acquisition of Poster Store, a Swedish frame design and poster business. The acquisition, which was completed in December 2020, helped Desenio grow its operations across Europe, US and Asia.

As part of its marketing enhancement support, Verdane helped Desenio upgrade its social media strategy, which included more emphasis on collaborations with micro and nano influencers to expand its target audience and increase customer numbers.

This proved a strong move – on entry Desenio had 100,000 followers on Instagram and at exit it had 1.7 million followers, with a combined total of 2.5 million when including Poster Store’s followers.

Verdane also helped the company invest and improve its data gathering systems, allowing Desenio to track sales performance and draw on customer trends within its creative processes. In addition, a new website design was introduced to improve loading times and user experience. As a result, the number of active customers increased from 170,000 to 2.3 million.

Desenio achieved an organic net sales CAGR of 76 percent between 2016 and 2020, and overall EBITDA growth of more than 844 percent. Staff numbers increased from around 25 at entry to more than 250 at exit, while the number of countries Desenio ships its products to rose from seven to more than 35 over the same period.

In February 2021, Verdane sold half of its majority stake in Desenio in a private placement. This preceded the listing of the company’s shares on the Nasdaq First North Growth Market, which valued Desenio at approximately €1.1 billion. Verdane retains a 25.6 percent stake in Desenio.

The judging panel described the partnership as “a clear example of how private equity can successfully support high-growth companies”.

As one judge noted: “The Verdane team was able to recognise a winning idea and believe in it, fostering its growth and still being part of the ride despite a significant and material realisation of their investment.”