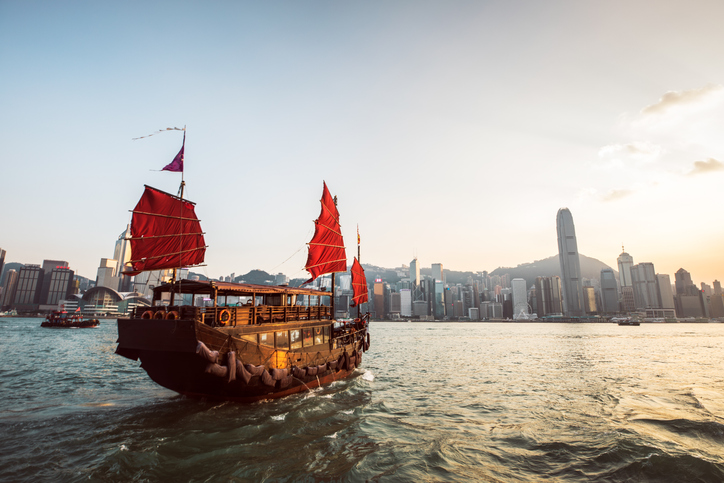 There are few industries on Earth where having too much money could be considered problematic. Asian private equity is one of them.

Shirley Ma, a senior portfolio manager at APG Asset Management, is among those facing this enviable challenge. The former MetLife director joined the Dutch pension giant’s Hong Kong office in June to ramp up its exposure to the Asia-Pacific region.

Ma told Private Equity International she has been tasked with growing the firm’s Asia-Pacific allocation from roughly 5 percent of global private equity commitments to around 10-15 percent over the next five years.

“We’ll need to add more differentiation into the portfolio, but the choice of managers is limited by our own size and ESG requirements,” she said.

As the asset management arm of ABP, the Netherlands’ largest pension fund, APG oversees €528 billion on behalf of 21,000 Dutch employers and 4.6 million participants. Its in-house private equity team managed around €26 billion of global private equity assets, including net asset value and unfunded commitments, as of 30 September.

Building out in Asia will not be easy: institutions of APG’s scale typically need to write sizable cheques to move the needle. Although APG has already committed to pan-Asia mega-funds capable of accommodating such tickets, diversification via country funds remains a challenge.

“There are only a few very large markets in Asia that are doable for us currently – China, Japan, South Korea and Australia,” said Ma. “India is also possible, but each South-East Asian country is probably too small for us at this stage, so we see [South-East Asia] as a region.”

Ma added that APG’s typical cheque size for pan-Asia funds is $200 million to $300 million, but that the firm could go as low as $100 million for country-focused vehicles.

“Across the globe we do have flexibility,” she said. “If a fund is very strong in ESG or it’s an impact product we might be able to go a bit lower in ticket size, but they’d have to meet the exact same underwriting standards as the rest of our portfolio.”

Co-investments will play a significant role in APG’s regional build-out, with the asset manager planning a senior co-investment hire at its Hong Kong office in 2020. Its existing co-investments have been limited to the US and Europe.

“Today, our co-investment allocation is in the teens, but we want to do more,” Ma said, noting that APG will have the ability to both syndicate and co-underwrite deals in Asia.

APG joins a growing number of institutions embracing co-investments. The California State Teachers’ Retirement System is looking to add 15 staff dedicated to the strategy and New York City Retirement Systems views a similar move as one of its top priorities. There is an estimated $55 billion of capital available for co-investments globally, according to fund advisory firm Triago.

Concerns over return expectations for the current generation of funds have prompted investors to look to co-investments, which are often fee-free, to generate outperformance. APG’s private equity portfolio had generated a since-inception 18.6 percent internal rate of return as of December 2018, according to its latest annual report, although whether this is gross or net of fees is not specified.

“Our fund portfolio has generated decent returns for us,” Ma said. “Leveraging our fund relationships, we generate co-investment dealflow which allows us to blend down the overall cost and hence improve the net returns. Also with co-investments, you can accelerate or control your pace of investment better and you get more understanding around how the GP underwrites [and] their culture.”

Co-investments aside, Ma and a private equity-focused associate will be responsible for building new relationships with regional fund managers.

APG is an enthusiastic supporter of responsible investing. Assets in line with UN Sustainable Development Goals accounted for €69.2 billion, or 15 percent, of its overall investment portfolio as of December last year.

This preference could present something of a challenge in Asia-Pacific markets, where firms’ adoption of ESG has traditionally lagged that of their Western peers.

“We recognise Asia is generally behind Europe and the US in terms of ESG development, so we do not just check boxes in our ESG diligence,” Ma said.

“We value GPs’ willingness to work alongside us to incorporate ESG as part of their investment process or to upgrade their existing ESG practice. It’s not uncommon for Asian GPs not to have formal ESG policies yet. But if they agreed to put one in place over the next six to 12 months, for example, that’d be fine.”

Ma said APG is no pushover. She pointed out that it is a staunch advocate of the Institutional Limited Partners Association, which in June published its latest best-practice guidelines on a range of issues, from the use of credit lines to GP-led secondaries transactions to ESG.

“We’re quite active in pushing for favourable terms, not just from an economic perspective but also for best-practice,” Ma said.

“For example, some LPs who measure their own performance via IRR like the use of credit lines. We generally don’t because aggressive credit facilities can skew the overall nature of the return, so we usually require GPs to report their unlevered returns.”

It might seem an odd time to pile into Asia. The US-Sino trade war and China’s mounting debt problems have further contributed to recession fears. China was partly blamed for both a slump in Japanese corporate sales and India’s economic slowdown earlier this month.

Ma, however, remains undeterred: “The trade war is of course something that everyone needs to watch out for. However, as a fund investor, it’s key to form views on various strategies and bottom-up selection of GPs. I think LPs that are overexposed to technology will worry a bit more.”

Rampant demand for Asian technology assets has proved something of a headache for LPs amid fears that portfolios will not be sufficiently diversified. Some managers have even been accused in recent years of ‘tech-washing‘ assets to secure higher valuations.

“The technology trend in China isn’t wrong, but the entry valuations can be,” Ma noted. “The worst moment of investing is when things are going south but valuations haven’t come down yet. It could be good if pricing comes down, because the best vintages aren’t the ones at the peak.”

The economic climate might play into APG’s nascent secondaries programme, for which it formed a New York-based team last year. Although it has no plans to make a dedicated hire in Hong Kong, that team could be unleashed on Asia.

“When you underwrite a secondaries portfolio transaction you want to get better information and access to the GP, so it was harder to execute before we had a local presence,” Ma said. “If things go south in Asia and there are more sellers in the market, it’s a good way for us to accelerate our deployment.”’