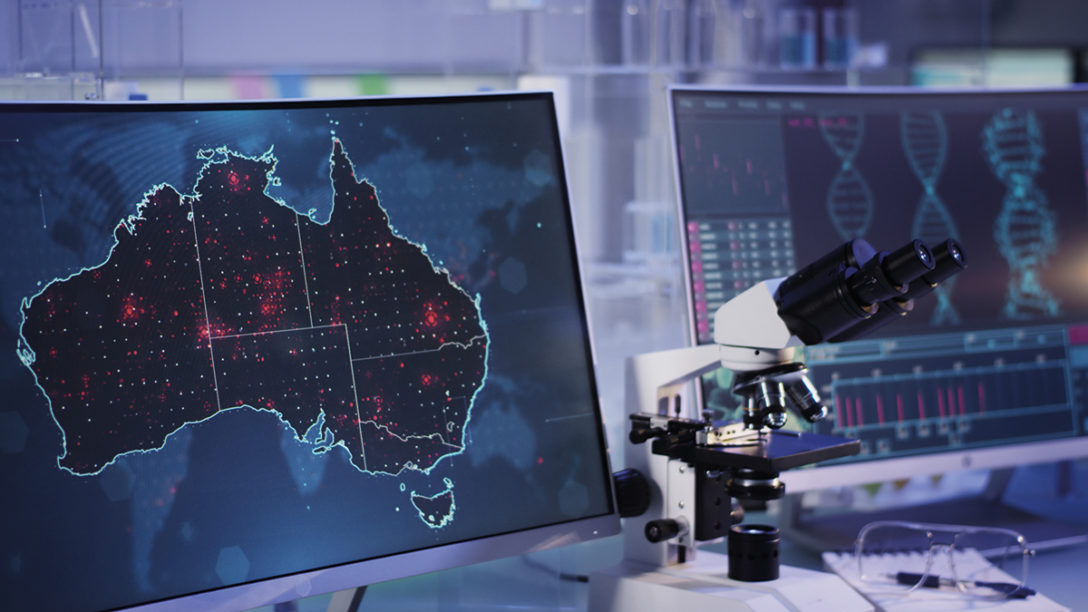 Australia’s covid response has been lauded as among the best in the world. Snap lockdowns, stringent border controls and swift contact tracing have suppressed the virus and meant that near-normal living conditions have been possible for long stretches. As a result, the country officially came out of its first recession in three decades at the end of last year.

However, while infection rates have been kept low, Australia is far from immune to the broader ramifications of the pandemic. Curbs on international education and tourism have hit the country hard, and May’s budget revealed the government had spent A$311 billion ($240.4 billion; €199 billion) on healthcare and economic stimulus.

In addition, while exports have rebounded with an upswing in commodity prices, the combination of an ongoing trade war with China and covid-induced economic strain elsewhere in the world means significant challenges remain. As state support packages unwind – the A$56 billion Job Keeper Payment ended in March – Australian companies will finally feel the full force of this most destructive of health crises.

Does all this mean private equity firms are in for a period of bargain hunting? Apparently not.

There was a fleeting window in mid-2020 when a profound lack of visibility and stock market volatility meant buyers could haggle on price. However, most didn’t and firms focused on shoring up existing portfolios. Forced sellers were rare, and deal volumes plummeted.

BGH Capital, meanwhile, is a rare example of a firm that managed to take advantage of a brief buyer’s market. The Melbourne manager made four new investments and multiple bolt-ons in the healthcare, technology and leisure and hospitality sectors, including its purchase of theme park and cinema chain Village Roadshow and online travel agent TripADeal.

“We were very active during 2020, investing during dislocated markets in high-quality businesses we knew well,” says BGH founding partner Ben Gray. “But equity markets have rebounded faster than expected and are now back at pre-covid levels.”

Jonathan Lim, managing director at Liverpool Partners in Sydney, agrees that few bargains remain in covid-hit sectors. “There is still notionally some discount you can price into valuations to reflect the risk premium, but it is not as significant as you might think it would be. That is because there is so much private equity sitting on the sidelines. Listed comparables are also bouncing back to pre-covid levels, even though not a lot has fundamentally changed.”

The combination of a large amount of dry powder and a downward trend in the cost of financing means valuations now actually exceed pre-covid levels, says Peter Cook, an M&A partner at Gilbert & Tobin, a law firm with offices in Melbourne, Perth and Sydney.

“Part of the investable universe has been temporarily fractured, so you have all this capital pooling into a limited number of sectors,” Lim adds. “You are not Robinson Crusoe by thinking tech is a compelling sector right now, so it is hard to avoid paying full prices for quality assets. You can try to avoid auction processes with deep sector dives to originate proprietary dealflow, but really that is more art than science.”

“The pandemic has provided some unique opportunities as companies repair balance sheets and look for efficiencies,” Cook says. “In particular, many strategic buyers have slowed their pace of deal activity allowing private equity funds to seek out better-value transactions. Activity levels are high and appear to be returning to what we saw pre-pandemic and now show signs of growth.”

Even with limited competition from strategics, however, the prices being paid are indisputably full. The focus, therefore, is on creating value to drive that initial multiple down. Bolt-on acquisitions have been particularly prevalent.

“PE funds have not been hesitant in the current environment and we are seeing many bolt-on acquisitions being executed quickly following larger platform deals,” says Josselsohn.

“We always think about what market and customer adjacencies we can push a business into, identifying pockets of new revenue,” says Lim. “If there is a strong business that is expensively priced but there is a pipeline of M&A opportunities enabling you to buy your way into those adjacencies, then that is an effective way of bringing the overall valuation back into line.”

Yasser El-Ansary, chief executive of the Australian Investment Council, expects roll-up strategies to be a dominant theme for some time. “We have a very big SME business sector and significant opportunities to create larger market leaders.”

El-Ansary says internationalisation is the other dominant value creation lever. “Australia is an island nation where our modest population of 26 million people effectively means business growth opportunities are centred around expansion into offshore markets.”

Well-trodden value-creation opportunities aside, value can only truly be realised with an exit and despite a slump in realisations in 2020, the exit outlook is bright, market participants say. A mountain of dry powder could translate into voracious appetite for secondary buyouts.

There has also been a number of successful IPOs in recent months, including Adore Beauty and Peter Warren Automotive, both backed by Sydney’s Quadrant Private Equity. Five V Capital of Woollahra in the eastern suburbs of Sydney also notched a successful IPO for portfolio company Universal Store. More are on the way, including KKR’s Pepper Money, which would be the country’s largest IPO this year when it begins trading on 27 May. Due to strong demand, the non-bank lender boosted the size of its planned IPO in early May by A$50 million for a total of A$500 million, Bloomberg reported.

While the window for bargains may have closed, a resurgent economy and the chance to mitigate undeniably high prices with domestic roll-ups and international expansion mean Australia’s PE firms are quietly confident.

“We have an economy that is continuing to grow, a highly stable political environment and a geographic presence within the Asia region,” says El-Ansary. “If I were an institutional investor, I would be looking very closely at the Australian market and identifying opportunities to put capital to work.”